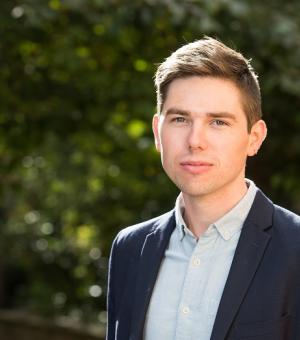 Most of my research is focused on the nineteenth century, though I do range farther afield from time to time. I recently completed a doctorate at Wadham, which considered the influence of classification and taxonomy on the representation of animals in Victorian literature. As an offshoot of this interest in animals, I co-edited a collection of essays with Emelia Quinn entitled Thinking Veganism in Literature and Culture (Palgrave, 2018)—the first such work to consider veganism as a theoretical lens for work in the humanities. I also have ongoing research interests in nonsense and comic literature, queer theory, and the idea of pleasure in the arts.

I read for a BA in English Language and Literature at Lady Margaret Hall, Oxford, before taking an MA in Nineteenth-Century Literature and Culture at the University of York. Following a year working in a secondary school in Birmingham, I came back to Oxford to read for a DPhil in English at Wadham College.