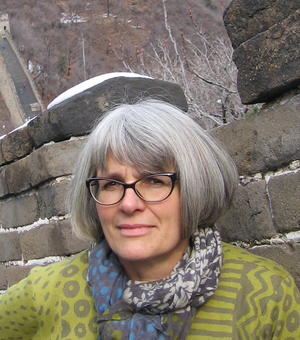 I am interested in Old Norse literature, Arthurian literature, the treatment of emotion in medieval European literature and in the ways in which women are imagined across the literatures of the period. Most recently I have been working in medievalism, the re-mediation of medieval material in the modern period and on medieval emotion.

Among my most recent publications have been a monograph on siblings in medieval European literature: Brothers and Sisters in Medieval European Literature (2015), an edited collection of essays on emotion in medieval Arthurian literature, co-edited with Frank Brandsma and Corinne Saunders, Emotions in Medieval Arthurian Literature (2015), a Handbook to Eddic Poetry: Myths and Legends of Ancient Scandinavia (Cambridge University Press, 2016), co-edited with Judy Quinn and Brittany Schorn and two books in the medievalism field: Winter is Coming: The Medieval World of ‘Game of Thrones’ (2015) and The Land of the Green Man: A Journey through the Supernatural Landscapes of the British Isles (2015). The Norse Myths: A Guide to Viking and Scandinavian Gods and Heroes was published by Thames and Hudson in 2017. T

A second book on Game of Thrones, All Men Must Die is due out from Bloomsbury later in 2020. I am currently working partly on a European literature project, 'Emotion and the Medieval Self in Northern Europe', with Professor Síf Ríkharðsdóttir of the University of Iceland and Professor Frank Brandsma, University of Utrecht, investigating emotion and interiority in medieval European romance. This feeds into my own ongoing project on emotion in Middle English literature, a monograph to be completed in 2020.

I maintain my interest in medievalism, traditional folk-tradition and creative remediation. I am still working on material generated by the 'Modern Fairies' project, and am writing the introduction to HAG, a collection of new short stories, that was originally a podcast series from Audible Books, now to be published by Virago.

I am also working on various Old Norse projects, connected with eddic poetry on the one hand, and the sagas of the East fjords on the other.