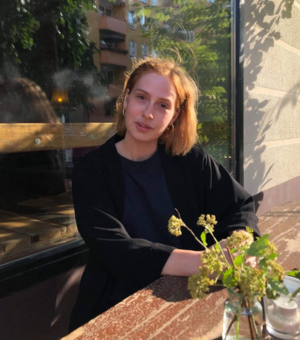 Charlotte Terrell is a JRF at Worcester College. She researches fiction and the novel across the twentieth and twenty-first centuries and has particular interests in writing on the overlap between producers and consumers of literature, the structures of belief and enchantment elicited by (or described within) fiction, and more recently, literary histories of publishing and editorial work. She is currently working on her first monograph, Critical Enchantments, a study of literary fictions which both articulate modes of aesthic enchantment and reproduce aspects of literary criticism--close reading, etymological attention, citation, lecturing, essay writing, research. Through reading the fiction and authorial personae of Nicola Barker, J. M. Coetzee, Toni Morrison, Ali Smith and Colson Whitehead, Critical Enchantments charts how these novels spend considerable time modelling competing projections of reception and readership and asks what this proximity between literary production and literary consumption can tell us about the role of enchantment in demarcating distinct audiences and intellectual communities.

She is also working on a second book project that charts the role of women novelists--Muriel Spark, Jeanette Winterson, and Toni Morrison among others--in various postwar locales of publishing, and asks how the affective, invisible work of editing poses challenges to twentieth century literary histories of authorial creativity and affective labour.

She reviews for Textual Practice, has contributed to The Cambridge Companion to British Fiction: 1980-2018, and has articles out or forthcoming in Narrative and Women: A Cultural Review.