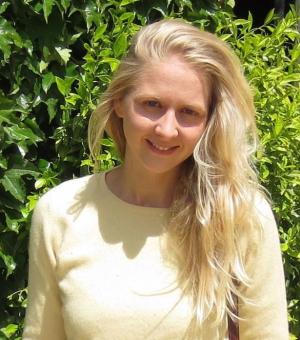 I read English at the University of Cambridge (Jesus College), before going on to study for my Masters at the University of Oxford (Trinity College), and returning to Cambridge for my PhD (Jesus College). I was awarded full AHRC funding before being elected by the faculty to a Wolfson Postgraduate Scholarship. In 2017, I was awarded a Judith E. Wilson Prize for a final year doctoral thesis in poetry or drama. I was elected as a Postdoctoral Research Assistant at the Faculty of English, Oxford, in 2017, and as Stipendiary Lecturer in English from 1800 to the present at Lady Margaret Hall and Jesus College, Oxford, in 2018.

I am currently working on a project exploring female comedians in Victorian fin-de-siècle poetry and popular culture.

My forthcoming first monograph, Poetry and the Rhythms of Feeling, grew out of my doctoral thesis (Wolfson Doctoral Scholarship). It explores the role of affect in the poetic composition of three major nineteenth- and twentieth-century poets: Edward Lear, T. S. Eliot, and Stevie Smith. It investigates what each poet's dramatisations of affect (in form and as form) can tell us about the varied role of rhythm in expression and articulation. Bringing together the perspectives of life-writing and the medical humanities, it describes how rhythm is employed in poetic manuscripts and verse forms to perform complex affects. It additionally looks closely at intersections between visual and verbal rhythmic expression.

In the final year of my doctoral thesis, I was elected as Postdoctoral Research Assistant to an AHRC Leadership project, 'Knowing Edward Lear', where I worked with Professor Matthew Bevis (Keble College) examining Lear’s nonsense poetry alongside his natural-history drawings, landscape paintings, travel writings, correspondence, and diaries. Situating Lear’s achievement within a range of emerging medical, aesthetic, socio-political and cultural debates, and central presences in his life and art, the project involved collaborations with the Ashmolean Museum, the Natural History Museum, Harvard University, and The Tennyson Society / Lincolnshire County Heritage Service.

My special focus was Lear's relationship with Alfred and Emily Tennyson and their children, Hallam and Lionel. I curated and designed an online exhibition on this topic, here: 'Learical Tennysons'. I am currently co-editing with Professor Peter Swaab a scholarly edition of the full correspondence between Lear and the Tennyson family for Oxford University Press. This edition tells the story of a fascinating and little acknoweldged friendship. I also co-wrote and published a series of Oxford iTunes U video podcasts on 'Edward Lear's Feelings'. I recently published an article in Apollo International Art Magazine on Lear's "painting=sympathisations" of Tennyson's landscape lines, here: 'Lear's Moving Lines'.

I have published articles concerning the overlooked medical contexts of Romantic poetry; lyric poetry in relation to light verse and nonsense; nostalgia in Victorian writing for children; and modernist verse styles.

I supervise subjects and authors across the 18th, 19th and 20th centuries. I teach Prelims Papers 3 (Victorian), 4 (Modern and Contemporary), and 1B (Introduction to Literature and Theory), and have supervised special options and dissertations on a range of nineteenth- and twentieth-century topics.

My specialisms are in material texts and the medical humanities; lyric; the comic; nonsense; and intersections between the visual and verbal. My final year dissertation students at Cambridge were all awarded firsts (including in the 75-80+ bracket) and two were awarded prizes for their theses, including the Bloomsbury Prize in English, and the Ruth and Mike Smith Words and Music Prize. In my time as a Lecturer at Oxford, two of my students have won Gibbs Prizes.

I have supervised coursework and dissertations on special topics including: