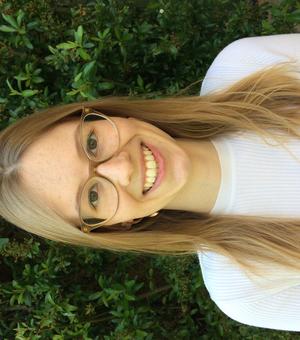 Dr Olley’s current research explores the depiction and cultural significance of childbirth in Old Norse literature and society. Studying birth narratives from the many diverse genres of Old Norse literature, including poetry, the Icelandic sagas, medieval Icelandic ballads and miracle collections, and engaging with anthropological analyses of birth as a moment of social microcosm, the project examines how birth narratives reflect and challenge the power structures and values of Old Norse society. Intersecting with questions of gender, emotion and personhood, her work aims to show how the effects of birth in Old Norse literature extend beyond the female experience, and even beyond the human, and can offer new insight into what life was like in medieval Iceland.

She is also part of a collaborative project led by Dr Jonathan Hui at the Nanyang Technological University, Singapore, which is working to translate some of the Icelandic riddarasögur (sagas of knights) into English, several of them for the first time. She has published widely on subjects including the poems of the Poetic Edda, negotiating closure in the Old Norse Hildr legend and the Old Norse Snow White variant, Ála flekks saga. Her most recent article, entitled ‘Co-Presence and Consumption: Eating Kin(ship) in Old Norse Myth And Legend’ (Journal of English and Germanic Philology, forthcoming) explores the coincidence of cannibalism and kinship in Old Norse myth and legend and offers a new perspective on the myth of the binding of Fenrir.

As an undergraduate, Katherine Olley studied Anglo-Saxon, Norse and Celtic at Trinity College, Cambridge (2011-14). She then moved to Newnham College, Cambridge to study for her MPhil in Anglo-Saxon, Norse and Celtic, funded by a Newton Trust Award from the Cambridge Home and European Scholarship Scheme (2014–15). She returned to Trinity College for her DPhil, funded by an AHRC-Trinity studentship from the Arts and Humanities Research Council Doctoral Training Partnership (2015–18). Her doctoral research explored the nature of kinship in Old Norse myth and legend, focusing especially on parent-child relationships, and was supervised by Dr Judy Quinn. She subsequently went on to become a Teaching Fellow in Old Norse at University College London (2018–19) before joining St Hilda’s, and she is currently a councillor for the Viking Society of Northern Research.