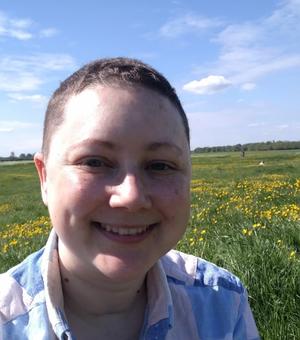 Her forthcoming book, Shakespeare and Neurodiversity (Cambridge University Press, 2024) is about teaching Shakespeare in an inclusive way.

She is PI of 'Neurodiversity at Oxford'; this project, run with Dr Siân Grønlie and enabled by a grant from the Oxford Diversity Fund, provides a range of support, social activities, and information for Oxford's neurodiverse community starting in the 2021-2022 academic year.

Her previous research resulted in a monograph, Refusing to Behave in Early Modern Literature (Edinburgh University Press, 2022), examining people who did not conform to social norms in sixteenth- to eighteenth-century English and Spanish literature. This book focuses on Quaker life writing, shrew, witch, and devil plays, the picaresque, and rogue literature.

Her recent publications examine ecocritical approaches to devils in early modern plays, pedagogical theory, hell in Marlowe, Milton, and Dekker's works, radical religion and neurodiversity, and autism and metaphor. She has also published several articles and book chapters on Shakespeare and cognition, and Marvell's queer poetry.

In past roles, she has taught, and supervised dissertations for, a variety of topics at both undergraduate and postgraduate level, including European Theatre and Drama, Tragedy, Medieval and Renaissance Literatures, Romance, literature of early modern London, and The Novel. Prior to working at Oxford, Laura lectured at Birkbeck, University of London, Royal Holloway, and Bath Spa University.

Laura is a Fellow of the HEA.

Laura is not securely employed and thus is unable to take on doctoral students.