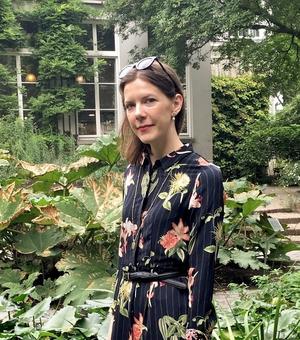 My research focuses on Elizabethan and Jacobean politics, sociability, and empire. My first book, The Making of an Imperial Polity: Civility and America in the Jacobean Metropolis (Cambridge University Press, 2020), uses political discourse, literature, and objects to explore how colonization infused political culture and transformed ideas of civil refinement in London in the early seventeenth century. As a postdoc on the ERC-funded TIDE project (Travel, Transculturality, and Identity in England, 1550 – 1700), I am currently co-authoring a volume on early modern keywords based on categorizations of difference (you can access an early version at: http://www.tideproject.uk/keywords-home/). My articles on topics including cannibalism, intoxicants, wit poetry, and Jamestown appear in The Historical Journal, Anthropology Today, and the Virginia 1619: Slavery and Freedom in the Making of English America edited volume.

The Making of an Imperial Polity: Civility and America in the Jacobean Metropolis (CUP, 2020)