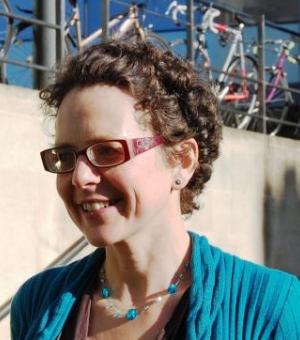 I am a specialist in modern North American literature, particularly African American literature, in Anglophone literature of the black diaspora, and in Classical Reception studies. My research centres on the interactions between all of these.  I am currently writing a book entitled The Classical Tradition in Modern American Fiction, which is forthcoming with Edinburgh University Press. This is a study of the ways in which modern American novelists ranging from Willa Cather and William Faulkner  to Toni Cade Bambara and Percival Everett reference the cultures of ancient Egypt, Greece and Rome, for example in their representations of racial and/or ethnic politics and identities.

I am the co-director of the International Ralph Ellison Symposium (University of Oxford, September 28-30th 2017). Following this conference I am co-editing the essay collection, Global Ralph Ellison,  with Marc C. Conner. I am contributing an essay on Ralph Ellison's engagement with Ovid (particularly in his posthumous publication, Three Days Before the Shooting . . .)  to this collection. The essay builds on my prior work on Ellison's intellectual formation,  drawing extensively on archival material including the author's personal book collection.

I am co-editor of the acclaimed interdisciplinary essay collection, African Athena: New Agendas (OUP 2011, with Daniel Orrells and Gurminder Bhambra). In a new collaboration with Daniel Orrells, I am co-editing a special issue of The International Journal of the Classical Tradition on the theme of 'Ovid and Identity in the Twenty-first Century'. This volume, which is currently under peer review, arose from the symposium that Daniel and I co-directed in November 2014: 'Ovid and Postmodernism: continuity and change', held at Corpus Christi College, Oxford. I have contributed a chapter on representations of race in  E.L. Doctorow and Jeffrey Eugenides to this collection.

I am the author of two books on Toni Morrison: The Cambridge Introduction to Toni Morrison (CUP 2012), and the monograph, Toni Morrison and the Classical Tradition (OUP 2013), which was awarded the Toni Morrison Society Book Prize for best single-authored book in 2015.  I have published numerous articles and book chapters on this author, including in the Journal of American Studies and African American Review.

I have  given several invited lectures on Morrison in the USA: these include at the University of Michigan (March 2017); at Oberlin College (September 2016);  at Washington and Lee University (March 2013) and at Princeton University (March 2012).  In January 2016 I was a guest on BBC Radio 4's Woman's Hour, in which I participated in a discussion on Toni Morrison, Beloved, and contemporary black British women's writing.

I have also written on Ralph Ellison's intellectual formation in the 1940s; and on the classical tradition in  Bernardine Evaristo, Robin Coste Lewis and Marlene NourbeSe Philip. I am completing an essay on race and civil rights in Marilynne Robinson's work.

I teach a wide range of Anglophone authors - North American, British, postcolonial - of both the 20th-21st and the 19th centuries. I am experienced in teaching Prelims Papers 1, 3 and 4 and particularly enjoy supervising Finalist dissertations. I have given Faculty lectures on African American literature since 2008.

I have supervised several MSt dissertations in African American and World literatures, and have co-supervised a PhD dissertation on William Faulkner. I teach on the Reception paper for the Faculty of Classics.

I also enjoy teaching a range of authors and themes to Visiting Students across the University.

In addition to teaching at Oxford I have taught American Literature at the University of Warwick, at Oxford Brookes, and for Oxford's Department for Continuing Education (both weekly classes and the online course which I authored, 'The Modern American Novel: An Introduction').

I am a mentor in the Fulbright 1:1 programme, which works in partnership with the Sutton Trust to encourage and advise British applicants to American universities. In my post as lecturer and research fellow at St Peter's College, Oxford I ran regular outreach workshops for prospective sixth formers.