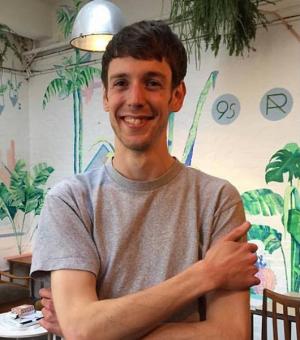 I am currently finishing a monograph on late medieval manuscripts and their treatment from the medieval period to the modern day. ‘Working Theories of the Late Medieval Book: Manuscript Study in a Digital Age’ explores the figurative, interpretive and theoretical possibilities of manuscript study, with a particular focus on the works of Geoffrey Chaucer, vernacular romance, bookmaking recipes, The Book of Margery Kempe, The Book of Sir John Mandeville, and Thomas Hoccleve’s Series. Drawing on contemporary theory, this project looks to position manuscript studies in relation to the fields of media archeology and critical infrastructure studies.

I also write on political ecology, renewable energy, and the role of visual culture in a time of climate crisis. A recent article on these topics–part of a new project tentatively titled Three Energy Stories: Humber, Clyde, Thames–appeared in the Open Library of Humanities. I am contributing editor of the Glasgow Review of Books and have contributed to MAP Magazine, The Trouble, the LRB Blog, the History Workshop Blog, and the British Library Discovering Literature resource.