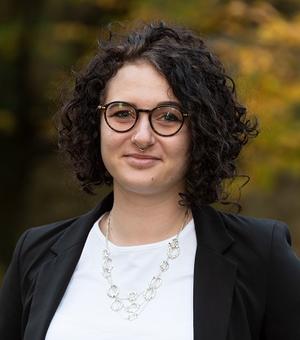 I read English at the University Warwick (2011-2015) before moving to Wolfson College Oxford in 2016 for an MSt in Medieval English Literature and subsequently a DPhil in Old English and Latin literature. I completed my DPhil, titled England and the Continent in Ælfric's 'Lives of Saints' in 2021, under the supervision of Dr. Francis Leneghan and Dr. Siân Grønlie. I am currently a stipendiary lecturer at Exeter College, Worcester College, and St Edmund Hall. I am also the Communications Officer for Oxford Medieval Studies.

My doctoral thesis examined the representation of Europa in Ælfric of Eynsham’s (c. 955-1010) Lives of Saints, one of the most remarkable and stylistically accomplished prose texts of the Early Medieval period. This extensive collection of hagiography, dating from the late tenth-century, focuses predominantly on European saints despite seeking to educate a vernacular English audience. Through comparison of the Lives to their Latin sources and to each other, this thesis examined the ways in which these European saints and their native lands were portrayed for English audiences, and considered the ways in which Europa constituted a vital part of Ælfric’s didactic praxis concerning unity and the global church.

My current work turns to the wider, global world of the Old English Martyrology, examining the portrayal of Africa and Asia in this ninth-century English text.

I am also a mentor for MSt/ MPhil/ DPhil students in the English Faculty and MSt students on the Humanities interdisciplinary Medieval MSt.

“Rome Away from Rome: India, Rome and England in Ælfric’s Life of Saint Thomas” in Ideas of the World in Early Medieval English Literature, edited by Kazutomo Karasawa, Francis Leneghan, and Mark Atherton. Turnhout: Brepols, 2022.

"BHL 2178: A New Source For Ælfric’s Life Of Dionysius", Notes and Queries, forthcoming