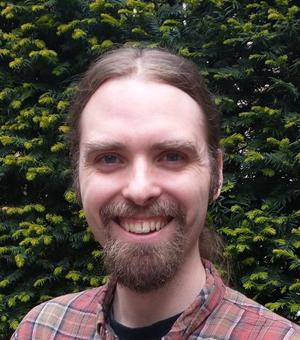 Nelson Goering is a linguist and comparative philologist specializing in the phonology and morphology of the early Germanic languages. His particular interests include prosody of early Germanic, the uses and limits of metrical texts as a source for linguistic information, the structure of Old English, Old Norse, and Old Saxon alliterative verse, and the interactions between morphological and phonological change. He also maintains a strong side interest in the life and works of J.R.R. Tolkien, including how his background as a philologist shaped both his ficitional and scholarly writings.

Nelson Goering grew up in the Ocooch 'Mountains' of southwestern Wisconsin, and completed his undergraduate degree at Grinnell College, in the cornfields of Iowa.