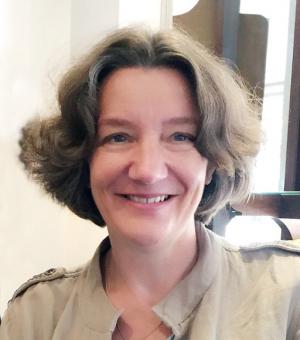 My research focuses on the literary and intellectual history of the British, American and French Enlightenments.  I have written extensively about the historical writing and culture of the British Enlightenment, and about the development of sociological thinking in this period, particularly as it related to a new understanding of the role of women. My books include Narratives of Enlightenment:  Cosmopolitan History from Voltaire to Gibbon (1997) and Women and Enlightenment in Eighteenth-Century Britain (2009).  Key authors include William Robertson, Edward Gibbon, Mary Wollstonecraft, Jane Austen and Thomas Robert Malthus.   I co-edited and written the introduction to the 1750-1820 volume of The Oxford History of the Novel (2014).  Most recently, I have co-edited The Cambridge Companion to Gibbon (2018), and written about the cultural impact of Malthus and population theory in late Enlightenment period, including in the Yale edition of the 1803  Essay on the Principle of Population (2018).

I am happy to supervise D.Phil, MSt and undergraduate dissertations in the areas of literature and intellectual history in the period 1700 to 1830.

I am Head of the Humanities Division, and my office is based in the Radcliffe Humanities Building. I continue to give papers and lectures at academic events, most recently a plenary lecture at a Feminist Enlightenment Across Europe conference (Wurzburg, 2018), and public lectures at Tokyo University and Hong Kong University. When I can, I share my academic work with wider audiences, including public lectures at the British Museum, the Bath Royal Literary and Scientific Institution, the Cheltenham literary festival and the Bradford Literary Festival.  I continue to organize events which disseminate the ideas and questions of the Enlightenment to wide audiences, for example a public event at the Royal Society of Arts on “Optimism, Knowledge and the Future of Enlightenment” which I hosted for David Deutsch FRS and Martin Rees FRS at the Royal Society of Arts. I am a frequent contributor to BBC Radio 4’s In Our Time (most recently Harriet Martineau, Elizabeth Barrrett Browning, Charlotte Bronte, the Bluestockings, Malthus, Burke, and Emily Bronte), and in 2017-18 contributed to programmes on the World Service, the World at One and Radio 4.  I currently serve on the Jury for the Institut Universitaire de France.  I have served on the AHRC Peer Review College and the national TEF panel (in 2017). I am on the editorial board of Eighteenth-Century Studies, and the European advisory board of Princeton University Press.