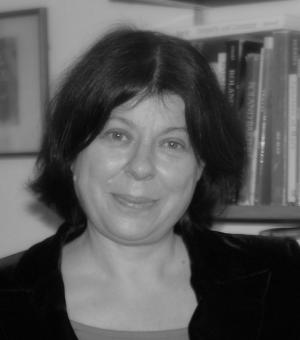 Laura Marcus's research and teaching interests are predominantly in nineteenth- and twentieth-century literature and culture, including life-writing, modernism, Virginia Woolf and Bloomsbury culture, contemporary fiction, and litereature and film. Her book publications include Auto/biographical Discourses: Theory, Criticism, Practice (1994), Virginia Woolf: Writers and their Work (1997/2004), The Tenth Muse: Writing about Cinema in the Modernist Period (2007) and, as co-editor, The Cambridge History of Twentieth-Century English Literature (2004).

Her current research projects include a book on British literature 1910-1920, and a study of the concept of 'rhythm' in the late nineteenth- and early twentieth-centuries, in a range of disciplinary contexts.

Laura's publication The Tenth Muse: Writing about Cinema in the Modernist Period was awarded the 2008 James Russell Lowell Prize of the Modern Language Association.

She is on the editorial boards of a number of journals and is one of the editors of the journal Women: a Cultural Review.

Laura was elected to the Fellowship of the British Academy in 2011.