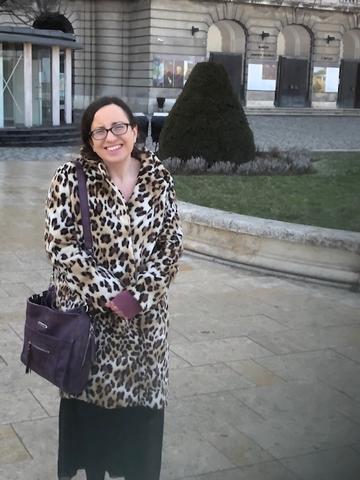 Let’s imagine that we whirled back in time to the twelfth or the thirteenth century. There, we encounter a person who is in love. Would we understand what this person is feeling? And what would happen if we moved not only back in time, but also to another region in the world? Does emotion remain the same, across time and space?

The ‘history of emotions’, as this large field is now known, has made us more aware that emotions can be very specific to particular contexts—that they do not necessarily remain static over time and space. There has been so much important work done in this field, including work on medieval texts of Western Europe.

But in my recent book (Emotion in Christian and Islamic Texts, 1100-1250: Cry of the Turtledove), I have wanted to look beyond Europe too. I was inspired by María Rose Menocal and Sahar Amer, among many other medievalist researchers.

In my research, I search for the interconnections between early Christianity and Islam. If asked about Muslim-Christian relations during the Middle Ages, we may think initially of violent and hateful conflict, as encapsulated in the Crusades. There was undeniable conflict between Christian and Muslim populations throughout the world during this time. But that is definitely not the full story. A lot of our focus has often been on the conflicts, and I wanted to think about the more peaceful, hopeful kinds of exchange between medieval Christians and Muslims.

I look comparatively at English, Christian texts and Arabic, Islamic texts from around the years 1100 to 1250. The texts I focus on are those associated with people who embraced a solitary or semi-solitary religious life, like anchorites and Sufis. I’m especially interested in how their poetry and prose tries to express and stimulate religious emotion— how these medieval writers, readers, and listeners attempt to share and nurture love; love for their God and for their fellow human beings.

It has been important for me to examine closely the language of the texts themselves. It’s one thing to speak about a ‘Global Middle Ages’ more generally, and it’s another to look in depth at the words and images generated in these texts. It’s the latter approach that my book takes.

I put forward the term ‘avian emotion’ for thinking about how we study religious emotion across geo-cultural realms. This is a term inspired by the medieval texts themselves, as both the Islamic and the Christian works imagine the human soul as a bird. An approach of ‘avian emotion’ asks us to gaze across cultures as well as within them, migrating from one to the other with sensitivity. Just as a bird flies across continents and nations, a comparative study seeks to become a kind of flight, moving across regions while remaining sensitive to the specific rhythms of the surrounding environment. It embraces similarity as well as difference.

This book focuses on three areas in particular: what I’ve called ‘paradigms of love’, ‘embodied affect’, and ‘affective semiotics’. With ‘paradigms of love’, I think about two ‘paradigms’ in different senses: Jesus as a model for love in both religious traditions, and the heart (Arabic qalb) as a site for understanding complex emotional states. With ‘embodied affect’, I think about the significance of flesh and blood in both religious traditions’ emotional concerns. And with ‘affective semiotics’, I consider the emphasis in both traditions on absence and secrecy. The loving God is forever absent (while also being forever present), and seeking Him in both traditions is like deciphering a secret code.

Roland Barthes speaks of empathy with a lover as an ‘Other-ache’ (A Lover’s Discourse: Fragments, translated by Richard Howard, p. 57). I like to imagine comparative study itself as a kind of healing ‘ache’ from the ‘Other’. In Cry of the Turtledove, I have tried to respond to the ache and disturbance that Arabic, as a Lover-Other, brings to a ‘Western’ world. Through comparative work of the kind attempted in this book, I hope that we can continue to challenge isolationist ways of thinking.

Ayoush Sarmada Lazikani is a Lecturer in Old and Middle English at the University of Oxford. She specializes in devotional writing of the eleventh to thirteenth centuries, working especially in the history of emotions. Her research has focused on English, Arabic, Anglo-Norman, Latin, and Persian medieval texts. She has published widely in these areas, including in her books Emotion in Christian and Islamic Contemplative Texts, 1100-1250: Cry of the Turtledove (New Middle Ages Series, Palgrave Macmillan, 2021), and Cultivating the Heart: Feeling and Emotion in Twelfth- and Thirteenth-Century Religious Texts (Religion and Culture in the Middle Ages Series, University of Wales Press, 2015).