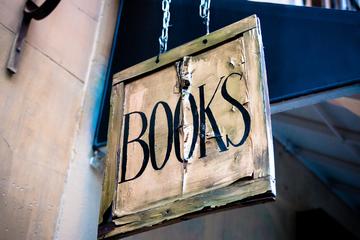 What do issues like culture wars, content warnings and identity politics mean for what novels we read and how we read them?

A new, three-part BBC Radio 4 documentary presented by Professor Abigail Williams, will explore this in the coming weeks, starting on Tuesday 26 October.

What we read says a lot about who we are. But Professor Williams argues that recently something has changed in both how we read – and how we talk about it.

As we watch the recent furore over works from American Dirt to The Tiger Who Came to Tea, it seems like battle lines are being drawn over the past and future of the English novel. Novels have always been controversial – from Tess of the d'Urbervilles to Lolita to The Satanic Verses – but those rows about individual books are different to what’s happening right now.

As publishers call in sensitivity readers, universities introduce content warnings and authors face charges of cultural appropriation, Professor Williams looks beyond the outrage to explore the power of the novel.

She says: “The very basics of fiction writing and reading are up for grabs. The novel has become embroiled in arguments about identity and offence, which go right to the heart of what it means to imagine another life or world.

“Every day I witness first hand some of the ways in which ideas about books can divide us. The heat of contemporary identity politics the culture wars is all around me, in my college, my university, the work I do in museums and schools. In this series I wanted to get beyond the sound and the fury of these debates and to explore some of the deeper implications of this moment for our understanding of fiction and what it means to be a reader in the twenty-first century.”

Over the course of the series, Professor Williams interviews people from all sides of the political spectrum on these issues and explores what this means for the future of the novel. Many of these people have been involved in media and social media “storms” in relation to these issues.

She says: “Beyond the heat of individual debates, this moment raises some really interesting questions about what fiction can do and whether we still believe it can do the same things.

“There are historical parallels in that people in the 18th century were paranoid about the effects of novels, and that has come full circle in some of the discussions about content warnings and the effect of fiction on young people’s psyches. But some things are new, like the change in the contract between authors and readers. This relationship has got closer because of the ease of access to the author through social media, which makes people less able to divorce the author from their work in the way we might traditionally been taught to do when studying literature at universities.”

Listen to the series live on BBC Radio 4 at 11.30am on Tuesday 26 October, 2 November and 9 November. Or catch up on BBC Sounds after the episodes have aired.