Dirk Van Hulle, Professor of English Literature at the University of Antwerp, appointed Professor of Bibliography and Modern Book History 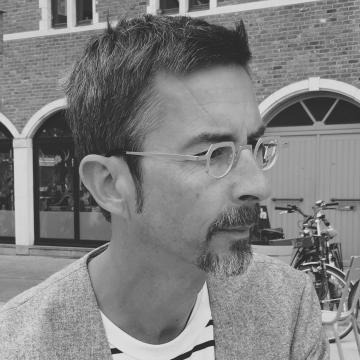 Dirk Van Hulle, Professor of English Literature at the University of Antwerp, has been appointed as Professor of Bibliography and Modern Book History in the Faculty of English Language and Literature with effect from 1 October 2019. He will hold the post in association with a Professorial Fellowship at Jesus College.

Professor Ros Ballaster, Chair of the Faculty Board in English says ‘The English Faculty is delighted to announce the appointment to this new statutory Professorship. Professor Van Hulle’s research and teaching will strengthen Oxford’s preeminent position as a centre for the study of book history and our reputation as home to the finest scholarship in textual editing’.

Dirk Van Hulle did his PhD at the University of Antwerp, where he directs the Centre for Manuscript Genetics. With Mark Nixon, he is co-director of the Beckett Digital Manuscript Project (www.beckettarchive.org), series editor of the Cambridge University Press series ‘Elements in Beckett Studies’ and editor-in-chief of the Journal of Beckett Studies. He is Trustee of the International James Joyce Foundation and edited the new Cambridge Companion to Samuel Beckett (2015). His publications include Textual Awareness (2004), Modern Manuscripts (2014), Samuel Beckett’s Library (2013, with Mark Nixon), James Joyce’s Work in Progress (2016) and several digital genetic editions in the Beckett Digital Manuscript Project, including the Beckett Digital Library. He (co-)authored seven volumes in the Bloomsbury ‘The Making of’ series, including The Making of Samuel Beckett’s Molloy, Malone meurt / Malone Dies, L’Innommable / The Unnamable, Krapp’s Last Tape / La Dernière Bande, En attendant Godot / Waiting for Godot and Fin de partie / Endgame. He is currently working on an FWO funded project on Beckett’s Murphy (‘Beyond the Archival Turn: Bridging the Gap between Digital Archives and Critical Editions’) and one on Joyce’s personal library (‘Reassessing Intertextuality: The Case of James Joyce’s Digital Library’).

‘Although it is a strange new feeling for a Beckett scholar to be called a ‘fellow of Jesus College’, I am thrilled to be appointed to the Professorship of Bibliography and Modern Book History. I truly look forward to working together with such great colleagues in this book-loving environment, to which I hope my interest in genetic criticism, modern manuscripts and digital scholarly editing may be a valuable contribution.’