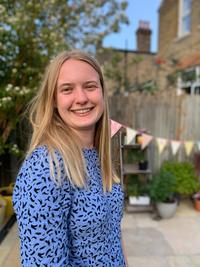 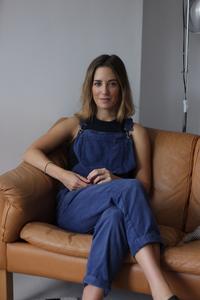 Congratulations to Dr Hannah Greenstreet and Dr Hannah Lucas who have been named as joint winners of this year's Swapna Dev Memorial Book Prize.

The Research Committee decided to award the prize jointly to Dr Greenstreet and Dr Lucas for two theses of great intellectual adventurousness, and yet of completely different kinds, which thereby demonstrate the range of scholarly approaches pursued in our Faculty, pushing the boundaries of our discipline in varied ways.

Dr Greenstreet was awarded the prize for her thesis 'Experiments with Realism in Contemporary Feminist Theatre in Britain' which re-encounters classic texts of feminist theatre theory by Elin Diamond, Jill Dolan, Sue-Ellen Case and Elaine Aston in the light of formally experimental theatre by women in the 2010s. Dr Lucas's winning thesis ‘Julian of Norwich: A Phenomenology of Health and Home’ offers a new reading of the fourteenth-century visionary theologian Julian of Norwich’s texts, using a theoretical framework based on post-Heideggerian philosophy, specifically the phenomenological hermeneutics of health and medicine.

After receiving her B.A. and M.A. degrees in English from Delhi University, Swapna taught for many years on the B.A. Pass and Honours courses in English at the Jesus & Mary College, one of the leading colleges of Delhi University. After moving to the US, she became a visiting scholar in Folklore & Mythology at Harvard University from 1983 to 1985. At Harvard, Swapna worked on the metaphysical symbolism of Buddhist Stupas. Professor Hugh Flick was her tutor at Harvard.

A lot of Swapna's writings, articles ranging from her childhood  to diagnosis of her cancer, were discovered by her husband after her death. These were collected and published as a book titled, "Reminiscences of a Departed Soul," and is available from the publishing company, Blurb [US].