Dr Lauren Working has been chosen as a New Generation Thinker 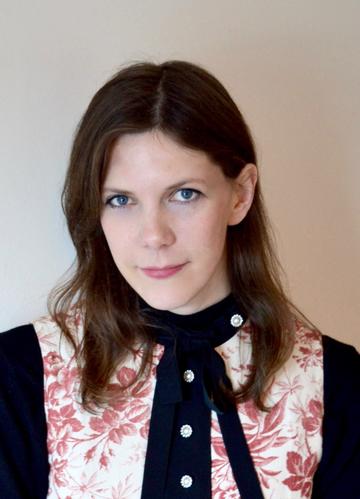 Congratulations to Dr Lauren Working who has been chosen as one of this year's New Generation Thinkers.

Every year, BBC Radio 3 and the Arts and Humanities Research Council (AHRC) hold a nationwide search for academics with game changing ideas that will resonate with a wide audience. These New Generation Thinkers represent some of the brightest minds in the country and their research has the potential to redefine our understanding of everything from our history to the way we speak.

The New Generation Thinkers will have the prestigious opportunity to communicate their research by making programmes for BBC radio. They will also be provided with unique access to training and support from AHRC and the BBC. New Generation Thinkers alumni have gone on to become prominent public figures in their fields as well as the face of major documentaries, TV series, and regular figures in public debate.

Dr Working said, 'I'm delighted to join this cohort of New Generation Thinkers and to take part in a scheme that will enable me to share my research with a broad audience. The English colonial past and the afterlife of empire is at the forefront of much cultural and political debate today. I will be exploring how artefacts such as still life paintings and Indigenous featherwork can shed light on the entangled histories of plantation and English heritage, and offer evidence of the impact of colonialism on Tudor and Stuart life.'

Dr Working's first book is called The Making of an Imperial Polity, and it explores how English colonial projects in the Americas, from Venezuela to Virginia, influenced taste and politics in early seventeenth-century London. She has published on topics including intoxicants and rituals of sociability, Jamestown archaeology, and Native American artefacts.

Find out more about the New Generation Thinkers scheme.