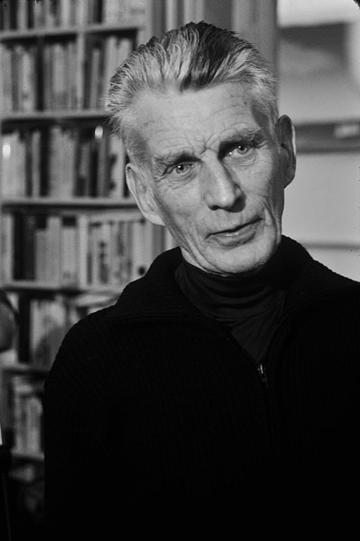 Professor Dirk Van Hulle, alongside Co-Investigator Dr Mark Nixon (University of Reading), has been awarded funding from the AHRC for a 3-year project: 'Editing Beckett: Towards a Bilingual Digital Genetic Edition of Samuel Beckett’s Works'.

The project, which will run from 2022 to 2025, aims to establish a bilingual digital genetic edition of the Irish writer Samuel Beckett's works, and to offer solutions to digital scholarly editing that go beyond Beckett Studies by creating a model for editing modern texts that survive in multiple versions.

Building on material in the digital archive of the BDMP (the Beckett Digital Manuscript Project), the project aims to produce a 'manuscript edition'. Assembling and digitally reuniting manuscripts that belong to the genesis of each of Beckett's works singly is one thing, and making transcriptions of these often near-illegible manuscripts is another. But the result is still 'only' a digital archive in the sense of a collection of individual pieces of documentation. To turn the digital archive into a digital edition, the project integrates a 'collation engine' (enabling users to compare textual versions by means of computer-assisted collation).

The edition is not an end in itself: the project also aims to show how this edition can be instrumental in the interpretation of literary texts and how it can contribute to the study of writing processes (genetic criticism). That is why the digital editions are accompanied by an ancillary print volume (published by Bloomsbury), explaining the development of the work and interpreting the intertextual links between the author's reading and his writing. 'Beckett's Critical Writings' will be published by Faber and Faber and an accessible monograph 'How Beckett Wrote' by Cambridge University Press.

The project's editorial model includes the author's personal library (both the 'extant' library and a 'virtual' library, i.e. a reconstruction of the author's reading, based on information in reading notes, letters and diaries) as well as a Manuscript Chronology. It enables not only close reading across versions, but also distant reading across versions, showing developments such as patterns of revision. One of the patterns that will be studied more closely is the act of cancelling or 'cutting'. This crucial aspect of any writing process will be shared with a broad audience in an exhibition at the Bodleian Library (Winter 2023-24), provisionally called 'Cut', which will show manuscripts by Beckett (on loan from the University of Reading) and other modern writers.