How to read Shakespeare for pleasure

This article was originally published on The Conversation. Read the original article.

How to read Shakespeare for pleasure 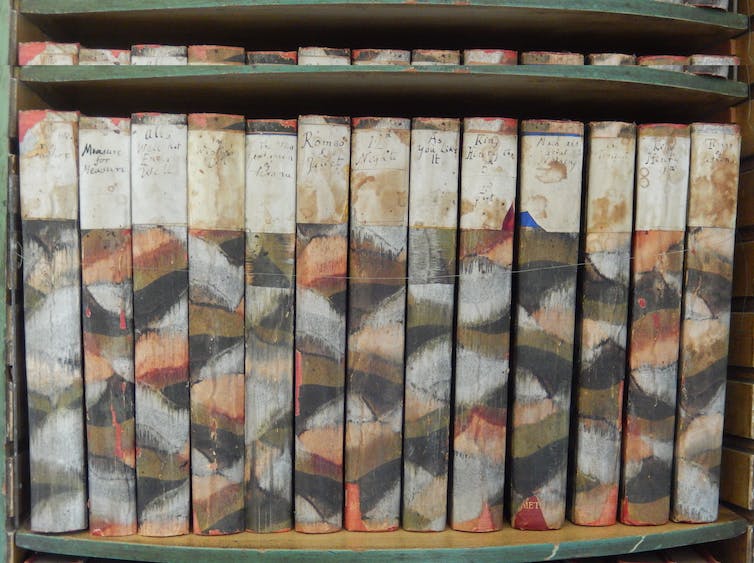 In recent years the orthodoxy that Shakespeare can only be truly appreciated on stage has become widespread. But, as with many of our habits and assumptions, lockdown gives us a chance to think differently. Now could be the time to dust off the old collected works, and read some Shakespeare, just as people have been doing for more than 400 years.

Many people have said they find reading Shakespeare a bit daunting, so here are five tips for how to make it simpler and more pleasurable.

If your edition has footnotes, pay no attention to them. They distract you from your reading and de-skill you, so that you begin to check everything even when you actually know what it means.

It’s useful to remember that nobody ever understood all this stuff – have a look at Macbeth’s knotty “If it were done when ‘tis done” speech in Act 1 Scene 7 for an example (and nobody ever spoke in these long, fancy speeches either – Macbeth’s speech is again a case in point). Footnotes are just the editor’s attempt to deny this.

Try to keep going and get the gist – and remember, when Shakespeare uses very long or esoteric words, or highly involved sentences, it’s often a deliberate sign that the character is trying to deceive himself or others (the psychotic jealousy of Leontes in The Winter’s Tale, for instance, expresses itself in unusual vocabulary and contorted syntax).

2. Pay attention to the shape of the lines

The layout of speeches on the page is like a kind of musical notation or choreography. Long speeches slow things down – and, if all the speeches end at the end of a complete line, that gives proceedings a stately, hierarchical feel – as if the characters are all giving speeches rather than interacting.

Short speeches quicken the pace and enmesh characters in relationships, particularly when they start to share lines (you can see this when one line is indented so it completes the half line above), a sign of real intimacy in Shakespeare’s soundscape.

Blank verse, the unrhymed ten-beat iambic pentamenter structure of the Shakespearean line, varies across his career. Early plays – the histories and comedies – tend to end each line with a piece of punctuation, so that the shape of the verse is audible. John of Gaunt’s famous speech from Richard II is a good example.

This royal throne of kings, this sceptered isle,
This earth of majesty, this seat of Mars.

Later plays – the tragedies and the romances – tend towards a more flexible form of blank verse, with the sense of the phrase often running over the line break. What tends to be significant is contrast, between and within the speech rhythms of scenes or characters (have a look at Henry IV Part 1 and you’ll see what I mean).

Shakespeare’s plays aren’t novels and – let’s face it – we’re not usually in much doubt about how things will work out. Reading for the plot, or reading from start to finish, isn’t necessarily the way to get the most out of the experience. Theatre performances are linear and in real time, but reading allows you the freedom to pace yourself, to flick back and forwards, to give some passages more attention and some less.

Shakespeare’s first readers probably did exactly this, zeroing in on the bits they liked best, or reading selectively for the passages that caught their eye or that they remembered from performance, and we should do the same. Look up where a famous quotation comes: “All the world’s a stage”, “To be or not to be”, “I was adored once too” – and read either side of that. Read the ending, look at one long speech or at a piece of dialogue – cherry pick.

One great liberation of reading Shakespeare for fun is just that: skip the bits that don’t work, or move on to another play. Nobody is going to set you an exam.

On the other hand, thinking about how these plays might work on stage can be engaging and creative for some readers. Shakespeare’s plays tended to have minimal stage directions, so most indications of action in modern editions of the plays have been added in by editors.

Most directors begin work on the play by throwing all these instructions away and working them out afresh by asking questions about what’s happening and why. Stage directions – whether original or editorial – are rarely descriptive, so adding in your chosen adverbs or adjectives to flesh out what’s happening on your paper stage can help clarify your interpretations of character and action.

One good tip is to try to remember characters who are not speaking. What’s happening on the faces of the other characters while Katherine delivers her long, controversial speech of apparent wifely subjugation at the end of The Taming of the Shrew?

The biggest obstacle to enjoying Shakespeare is that niggling sense that understanding the works is a kind of literary IQ test. But understanding Shakespeare means accepting his open-endedness and ambiguity. It’s not that there’s a right meaning hidden away as a reward for intelligence or tenacity – these plays prompt questions rather than supplying answers.

Would Macbeth have killed the king without the witches’ prophecy? Exactly – that’s the question the play wants us to debate, and it gives us evidence to argue on both sides. Was it right for the conspirators to assassinate Julius Caesar? Good question, the play says: I’ve been wondering that myself.

Returning to Shakespeare outside the dutiful contexts of the classroom and the theatre can liberate something you might not immediately associate with his works: pleasure.

This article is republished from The Conversation under a Creative Commons license. Read the original article.