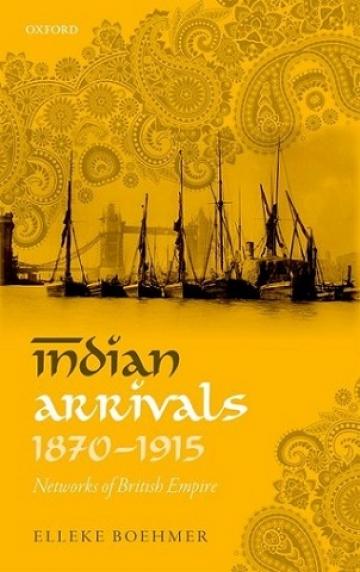 Indian Arrivals 1870-1915: Networks of British Empire explores the rich and complicated landscape of intercultural contact between Indians and Britons on British soil at the height of empire, as reflected in a range of literary writing, including poetry and life-writing. The book’s four decade-based case studies, leading from 1870 and the opening of the Suez Canal, to the first years of the Great War, investigate from several different textual and cultural angles the central place of India in the British metropolitan imagination at this relatively early stage for Indian migration.

Indian Arrivals has been announced as the winner of the 2016 ESSE Book Award for Literatures in the English language. The awards were announced at the ESSE (The European Society for the Study of English) conference in Galway on 24 August 2016.