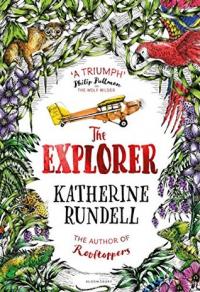 Katherine Rundell, a fellow in English at All Souls College, has been awarded the Costa Children's Book Award for her most recent book, The Explorer.

Following her previous success as winner of the Waterstones Children's Book Prize in 2014, Ms Rundell visited Manaus in Brazil before taking a journey along the Amazon. This trip formed the basis of her research for The Explorer, which tells the story of four children fighting for survival in the Amazon rainforest.

When not writing children's fiction, Ms Rundell studies the work of John Donne, which is the subject of her doctoral thesis.

Further details concerning all of the prizes awarded by the Costa Book Awards can be found here.