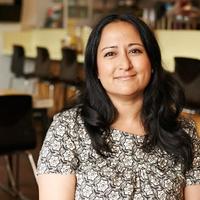 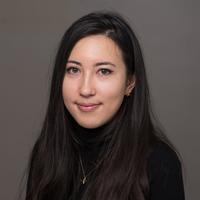 Tara Lee wrote "Nothing new under the sun"

The Faculty of English Language and Literature congratulates Sylee Gore and Tara Lee who have been named the joint winners of the Lord Alfred Douglas Prize 2020.  The judges also commended Michaela Wilson Coplen of Lincoln College and Lily Smart of St Hilda’s College for their entries.

Gore, of Kellogg College, shared her reaction to the news:

It’s an immense honour. I loved the rigour of the Prize’s 'strict rhyming metre', the push to find elastic in a taut poetic net. I’m heartened in my work on the sonnet, and profoundly grateful to the judges for their encouragement.

I'd like to express my thanks. I'd also like to credit Maggie Nelson's The Argonauts for drawing my attention to the fabulous Barthes passage which inspired my use of the sonnet form to suggest that a better question than 'what's worth saying?' might be 'what's worth saying again?'

The Lord Alfred Douglas prize is awarded to current undergraduate and graduate students of Oxford University for the best sonnet or other poem written in English and in strict rhyming metre.  Winning entries are deposited in the Bodleian Library.  The judges reflected on the submissions:

It was a pleasure to judge this year's competition. The standards were so high that we decided to celebrate four entries.

Peaceable City by Sylee Gore is a surreal vision of a city taken over by animals.  It's a perfect sonnet, full of unforgettable images, such as a fawn ascending an escalator and two herons perched on food court chairs.

The other winning entry was Nothing new under the sun by Tara Lee, a very different but equally well-made sonnet about the whole convention of love poetry.

We liked all the other poems these winners submitted and we were also delighted by Michaela Wilson Coplen's Guarded, a concealed sonnet full of vivid phrases and musical tension. Lily Smart wrote a long rhyming poem called Seven o'clock in Seaford, which we couldn't resist for its poignancy and lightness of touch.

Thank you and well done to everyone who entered.