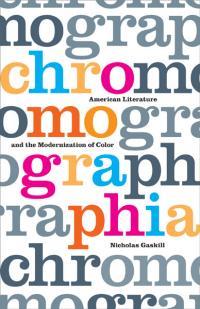 The RAI is pleased to announce that Merve Emre and Nicholas Gaskill will be joining the University of Oxford as Associate Professors of American Literature, taking up their new positions for the 2018-19 academic year.

Merve Emre is currently Assistant Professor of English at McGill University and will be a Fellow of Worcester College. She completed her PhD at Yale and her BA at Harvard. Her first book, Paraliterary: The Making of Bad Readers in Postwar America, was published in 2017 by University of Chicago Press and her next book, What's Your Type? The Strange History of Myers-Briggs and the Birth of Personality Testing, is forthcoming in the UK with HarperCollins later this year. She is Senior Humanities Editor at the Los Angeles Review of Books and a member of the board of Post45.

Nicholas Gaskill is currently Assistant Professor of English at Rutgers University and will be a Fellow of Oriel College. He completed his PhD at the University of North Carolina, Chapel Hill and his BA at Birmingham-Southern College. Gaskill's first book, Chromographia: American Literature and the Modernization of Color, is the first major literary and cultural history of color in America between 1880 and 1930 and will appear this year with University of Minnesota Press. His co-edited volume The Lure of Whitehead was published in 2014, also by University of Minnesota Press.