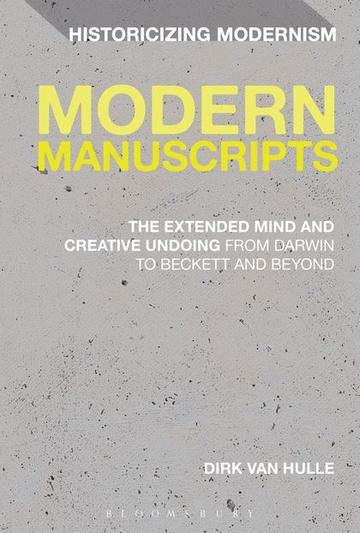 The twentieth century has been called 'the golden age of the modern manuscript,' a time when the historical value of early manuscripts as a record of a writer's thought processes came to be fully recognized. Drawing on the critical tools of French genetic criticism, Modern Manuscripts explores the development of early 20th century literary texts, from source texts and early notes, through successive draft manuscripts to publication and successive editions. Historicizing these modernist processes of writing, Dirk Van Hulle contrasts these twentieth century manuscripts with the development of Charles Darwin's text for On the Origin of Species, itself a formative intellectual influence on modern writing. Exploring the writings of such writers as Joyce, Woolf and Beckett, this is an important study that will open up new avenues of thought for scholars of Modernist literature, material culture and book history.