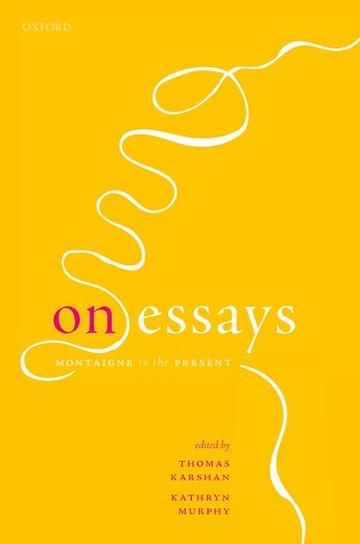 Sometimes called the fourth genre, the essay has been over-shadowed in literary history by fiction, poetry, and drama, and has proved notoriously resistant to definition. On Essays reveals in the essay a pattern of paradox: at once a pedagogical tool and a refusal of the methodical languages of universities and professions; politically engaged but retired and independent; erudite and anti-pedantic; occasional and enduring; intimate and oratorical; allusive and idiosyncratic.

Perhaps because it is a form of writing against which literary scholarship has defined itself, there has been surprisingly little work on the tradition of the essay. Neither a comprehensive history nor a student companion, On Essays is a series of seventeen elegantly written essays on authors and aspects in the history of the genre — essays which, taken together, form the most substantial book yet published on the essay in Britain and America.