Professor Paulina Kewes is part of the project team of Opening Oxford 1871, which marks the 150th anniversary of the passage of the Universities Tests Act which removed the remaining religious restrictions on study and employment at Oxford, and was an important precursor to the admission of women.

The project aims to use the 150th anniversary of the Act as a lens through which to explore Oxford’s transformational change over the past century and a half, to discuss ongoing barriers to study and employment, and to map the University’s commitment to opening up further in the post-Covid future.

Follow the project (@Oxford1871) over the next year for a programme of events, online content, and artistic commissions, celebrating diversity while asking which voices are still missing from Oxford. We hope that our enterprise encourages wider conversation about how Oxford can continue to open to the world still more widely, and we would greatly welcome your comments, suggestions and ideas. 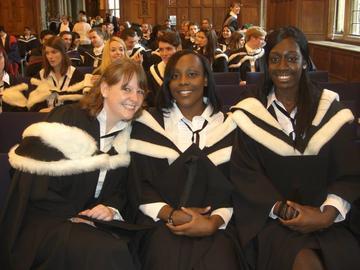 The blog on the Opening Oxford 1871 website includes an introduction to the project as well as a post by English Faculty alumna Clare Williams on Aspirations, Access & Overcoming.

Visit the new Opening Oxford 1871 website to find out more.

Or read this Staff Gateway blog in which the project leads discuss the importance the Universities Tests Act has for the future of the organisation.