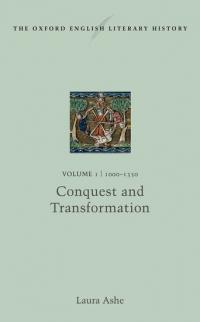 This book describes and seeks to explain the vast cultural, literary, social, and political transformations which characterized the period 1000-1350. Change can be perceived everywhere at this time. Theology saw the focus shift from God the Father to the suffering Christ, while religious experience became ever more highly charged with emotional affectivity and physical devotion. A new philosophy of interiority turned attention inward, to the exploration of self, and the practice of confession expressed that interior reality with unprecedented importance. The old understanding of penitence as a whole and unrepeatable event, a second baptism, was replaced by a new allowance for repeated repentance and penance, and the possibility of continued purgation of sins after death. The concept of love moved centre stage: in Christ's love as a new explanation for the Passion; in the love of God as the only means of governing the self; and in the appearance of narrative fiction, where heterosexual love was suddenly represented as the goal of secular life. In this mode of writing further emerged the figure of the individual, a unique protagonist bound in social and ethical relation with others; from this came a profound recalibration of moral agency, with reference not only to God but to society. More generally, the social and ethical status of secular lives was drastically elevated by the creation and celebration of courtly and chivalric ideals. In England the ideal of kingship was forged and reforged over these centuries, in intimate relation with native ideals of counsel and consent, bound by the law. In the aftermath of Magna Carta, and as parliament grew in reach and importance, a politics of the public sphere emerged, with a literature to match. These vast transformations have long been observed and documented in their separate fields. The Oxford English Literary History: Volume 1: 1000-1350: Conquest and Transformation offers an account of these changes by which they are all connected, and explicable in terms of one another.

Further information can be found here.