Many of us use reading as an escape into other worlds, or to help us navigate our lives – so it will come as no surprise that academics within Oxford’s English Faculty do the same. Three members of the Faculty will soon be publishing memoirs, demonstrating the enduring impact that reading and literary worlds can have.

Lucy Newlyn’s fifteen-year memoir, Diary of a Bipolar Explorer, describes her life from 2002, when she was sectioned under the Mental Health Act following a psychotic episode after several nights without any sleep. She was diagnosed with bipolar disorder, and has since lived with recurring episodes of mania, depression, hallucination and paranoid delusion – but has also found some catharsis in writing poetry. Two collections of Lucy’s poetry have previously been published; this memoir intersperses poetry with prose, combining observation and reflection. It does not give easy answers to the complexities of living with such a diagnosis, but traces the form of Lucy’s individual experience. Dr Newlyn was from 1986 A.C. Cooper Fellow and Tutor in English at St Edmund Hall and a lecturer in the English Faculty until her retirement in 2016. She was awarded title of Professor of English Language and Literature in 2005. She is an authority on the Romantic poets Wordsworth and Coleridge.

Paper Cuts: a memoir, by Stephen Bernard, was written to both escape and confront the trauma of his childhood abuse and mental illness. Each night, Stephen writes himself a letter to be read the next morning, when he faces the daily task of recreating his self. The overarching narrative of Paper Cuts covers a single day in which he works through the effects of mania, medication and memories, openly describing the pain he experiences and the courage needed to face it down and continue living. Dr Bernard is an Academic Visitor at the University of Oxford, attached to the Faculty of English Language and Literature, and a distinguished editor of seventeenth- and eighteenth-century letters and poetry.

Later this year, Sally Bayley’s own memoir of childhood, Girl With Dove: A Child’s Escape Through Reading will be released. Throughout her difficult upbringing, Sally escaped into the world of literature, looking to characters from Agatha Christie, Jane Eyre and David Copperfield for companionship and guidance. Combining the voices of literary characters with real-life counterparts, Girl With Dove weaves together these classics with the story of Sally’s  childhood and young adulthood, and demonstrates the transformative power of literature and imagination. Dr Bayley is a Research and Teaching Fellow at the Rothermere American Institute and Principal Investigator for the IT Innovation Award through the English Faculty which aims to design a writing app. She has published books on the poet Sylvia Plath and writers of domestic space in American literature from Dickinson to Dylan. 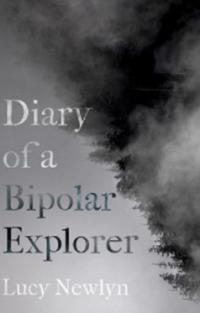 “Lucy Newlyn's account of her bipolar disorder isn't a 'misery memoir', ready to clog railway station bookshop shelves with easy answers and monetisably manipulative content. Instead, her narrative hard-cuts reliable reportage into hallucinatory sections of paranoid delusion, pin sharp diary entries, hard won poetry, and sober reflective analysis. Newlyn doesn't flinch as she explores the relationship between bipolar disorder and exactly the kind of mind-set that has made her a poet and a writer." —Stewart Lee

Diary of a Bipolar Explorer will be published by Signal Books on 28 February 2018: https://www.signalbooks.co.uk/2017/10/diary-of-a-bipolar-explorer/ 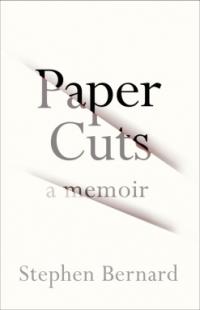 "A distinguished and desolating memoir. I have never read such a succinct and unsparing chronicle of the destruction of body and spirit that can be brought about by the violation of a child. It’s the equivalent of a letter from a gulag, except that the events take place in Sussex in the 1980s … The saving grace is the writer’s pleasure in scholarship, and his undaunted eye for the beauty of the world."  —Hilary Mantel