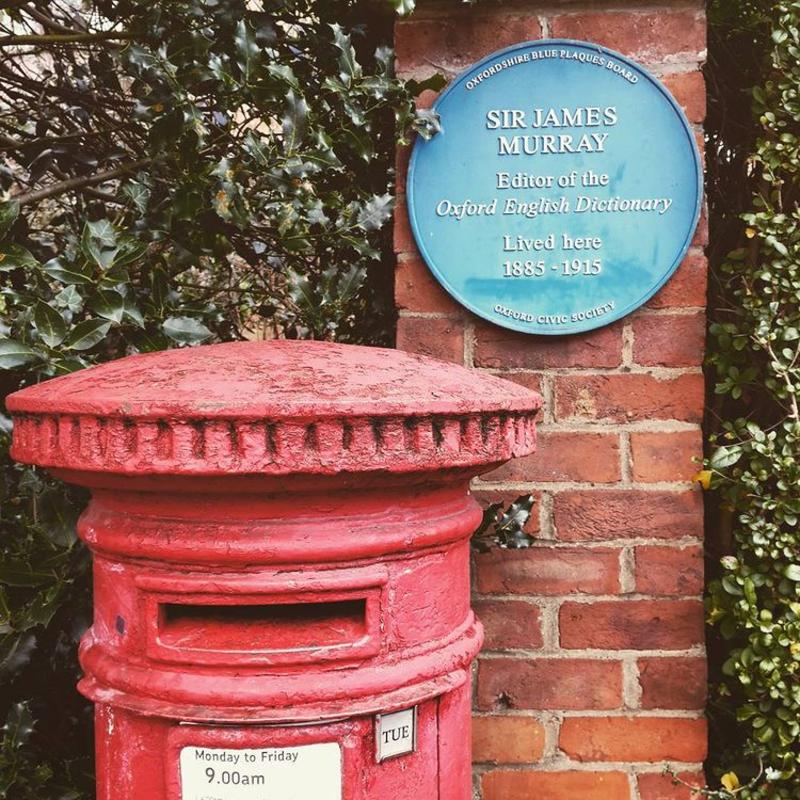 Mapping the Bodleian Library's Murray Papers: pilot project to edit the correspondence of J. A. H. Murray (1837–1915), chief editor of the OED

Professor Charlotte Brewer has recently received a grant from the John Fell Fund to create a pilot edition of the Murray Papers, in collaboration with Dr Stephen Turton (awarded his DPhil in historical lexicography in September 2020). During his editorship of the Oxford English Dictionary, J. A. H. Murray posted so many letters in pursuit of his inquiries that the Post Office installed a pillar box outside his house at 78 Banbury Road, Oxford. Research conducted by correspondence played a vital role in the construction of this revolutionary new dictionary, published in instalments by Oxford University Press between 1884 and 1928. As Murray himself described, a typical day might go as follows:

I write to the Director of the Botanic Gardens at Kew about the first record of the name of an exotic plant; to a quay-side merchant at Newcastle about the keels on the Tyne; to a Jesuit father on a point of Roman Catholic Divinity; to the Secretary of the Astronomical Society about the primum mobile or the solar constant; to the India Office about a letter of the year 1620 containing the first mention of Punch; to a Wesleyan minister about the itineracy; to Lord Tennyson to ask where he got the word balm-cricket and what he meant by it […] In fact a lexicographer if he wants to be accurate, has to be a universal enquirer about everything under the Sun, and over it. (P. Gilliver, The Making of the Oxford English Dictionary, OUP 2016).

Many of the resulting documents now occupy the best part of nine linear metres of shelf space in the Bodleian Library. Apart from vividly testifying to the OED’s status as a largescale collaborative enterprise, they are a unique and invaluable resource for researchers of late 19th- and early 20-century English language and literature, the social and intellectual networks of the OED’s compilers, and the late modern history of linguistics and other disciplines.

Though individual letters have been quoted in a number of articles and monographs on the history of the OED and its compilers – including by Professor Lynda Mugglestone (Pembroke College), Dr Peter Gilliver (associate editor of the OED), and Brewer and Turton themselves – they have never been systematically edited or published. The results will be made freely available in a website, with a view to expanding the project over the next few years to support scholarly and popular interest in the OED as it approaches its 2028 centenary.