Professor Colin Burrow named as Fellow of the British Academy 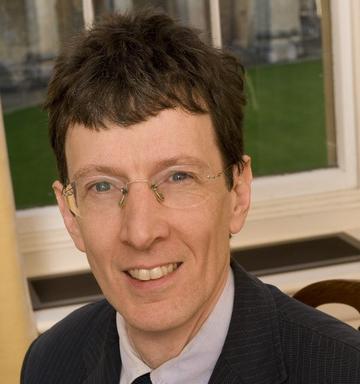 Congratulations to Professor Colin Burrow who has been elected a Fellow of the British Academy. Professor Burrow works mainly on relationships between English and classical literatures. He recently published Imitating Authors: Plato to Futurity (OUP, 2019), which is about the theory and practice of how writers (and, latterly, computers) learn from and imitate other authors. He said: ‘I hope that the fellowship will enable me to help bring about a higher level of public engagement in literature in general and poetry in particular.’

Professor Burrow is one of seven academics from the University of Oxford's Humanities Division named as Fellows of the British Academy this week, a significant proportion of the 52 new UK-based Fellows.

Professor Karen O’Brien, Head of Humanities, paid tribute to the new Fellows. ‘I am delighted that so many of our academics have received the prestigious honour of being named Fellows of the British Academy,' she said. 'They have made outstanding contributions to their fields, and their research shows the breadth and strength of research across the Humanities at Oxford.'