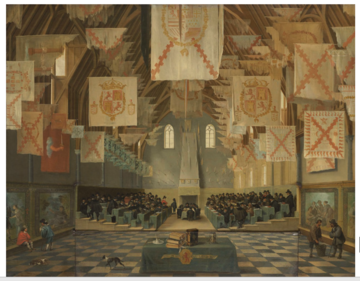 The project will provide proof-of-concept for major funding bids to support the first comparative study of Europe’s parliamentary culture during the sixteenth and seventeenth centuries, an age of transformative change.

Varying enormously from country to country, representative assemblies were often important symbols of the identity of a political community. Academic attempts to look at them as a group have been bedevilled by arguments about definition and by claims for the exceptional political development of one country or another – so much so, that one is struck much more by variety and particularity than by any shared elements. And yet, they shared a transnational inheritance of ideas and methods that added up to a common European tradition.

Challenging standard scholarship, this project will approach representative institutions as cultural phenomena. It will investigate the following questions: how was their power and character conceptualized in imaginative, as well as more obviously political writing? How was their work recorded, formally and informally, and historicized? How were they visualized? How were they compared with each other? What common vocabularies operated?

The project will explore transnational interactions of parliamentary culture and use inter-disciplinary methodologies to study the media through which Europeans reflected on the variations and commonalities of their respective representative institutions. It will draw on literature, cultural history, political philosophy, art and material culture, classical reception studies, and book history to reconstruct the literary and visual language and the shared experiences of representative politics.