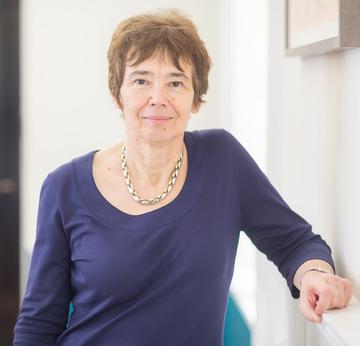 Congratulations to Professor Sally Shuttleworth who has been awarded a CBE for services to English Literature.

Professor Shuttleworth is Professor of Literature at the English Faculty and a Senior Research Fellow at St Anne’s, and is also currently Treasurer and Vice President of the British Academy. She is an authority on the history of Victorian literature and science, and her work has been dedicated to communicating its relevance to and complex legacy in our present. The Mind of the Child (2010) explored changing attitudes to childhood in the post-Darwinian era, and showed how many of our current concerns regarding educational pressures on the young, or the problems of adolescence, have their roots in the Victorian period.

Most recently she has led two major research projects at the University of Oxford: a European Advanced Investigator grant Diseases of Modern Life: Nineteenth-Century Perspectives, and a large Arts and Humanities Research Council grant in the field of Science and Culture, Constructing Scientific Communities: Citizen Science in the 19th and 21st Centuries. Both projects had large research teams, and ran extensive public engagement activities, including drama, light projections, film, and citizen science projects. Books produced by the projects include Anxious Times: Medicine and Modernity in Nineteenth-Century Britain (2019), and Science Periodicals in Nineteenth-Century Britain (2020).

She has worked with museums and galleries and theatres to promote inventive ways of representing the history of science and scientific understanding including: the London Natural History Museum, the Royal Society, and the Royal College of Surgeons. Work with the Theatre, Chipping Norton, on Contagion Cabaret (turned into a film during lockdown) seems particularly relevant, as does the 2016 exhibition at the Royal College of Surgeons on the history of vaccination, and anti-vax movements.

Her energy and imagination have been brought to bear in advancing interdisciplinary study in the humanities professionally. She was Head of the Humanities Division at Oxford University from 2006-2011; her leadership fostered its shape as a crucible for interdisciplinary research and she has continued to contribute to its reputation for exciting research at the intersection of science, history of science and literature.