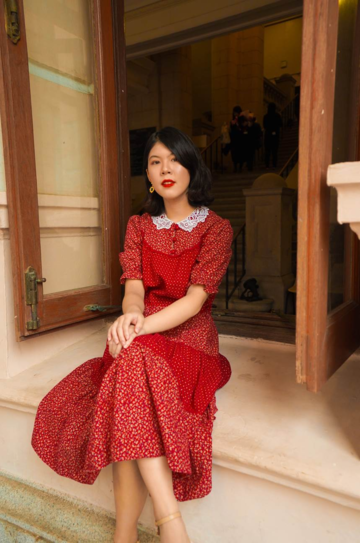 Congratulations to Leung Rachel Ka Yin who was awarded the Sir Roger Newdigate prize for her poem the summer critter speaks not of frost.

Leung Rachel Ka Yin was delighted to receive the award: “When I saw the email titled Newdigate Prize 2020, and the first sentence ‘I am pleased to inform you that....’- I was extremely heartened to have this good news break the cycle of a series of rejections. I was most elated in particular that Alice Oswald chose my poem for the prize, as I have been an ardent admirer of her poetry for the longest time.”

The Sir Roger Newdigate prize is awarded to current undergraduates of Oxford University for the best composition in English verse not exceeding 300 lines in length on the subject "Water-Forms". This year’s Judges were Professor Alice Oswald (Professor of Poetry), Professor Helen Small (Merton Professor of English Language and Literature) and Dr Erica McAlpine (poet).

Alice Oswald described the work as "a strange, concise, breathless poem based on a Chinese saying. It feels like a mixture between a riddle and an emblem and is part of a series of poems written by Leung Rachel Ka Yin to illustrate Chinese idioms". She continued, "Rachel has already published one pamphlet and is working on a second. She is about to start a creative writing course at Goldsmiths in London. We wish her extremely well and congratulate her on her poem!"

You can read the winning poem below.