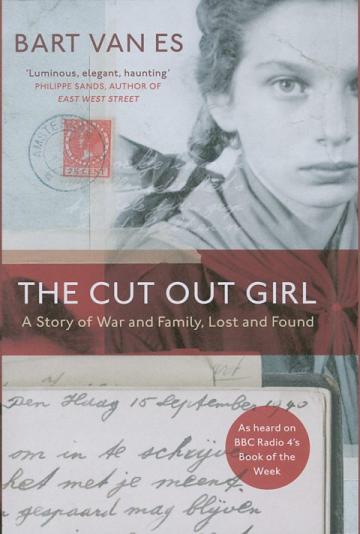 Professor Bart van Es has won the Costa Book of the Year Award for The Cut Out Girl, his history of the life of Lien de Jong.

Van Es knew his grandparents had been part of the Dutch Resistance, and that de Jong, a young Jewish girl, had lived in hiding with them during the 1940s. However, knowing that his grandparents had subsequently parted ways with de Jong, he sought her out to learn what had happened to her afterwards.

The Cut Out Girl is his account of de Jong's youth and its challenges, as well as an exploration of Dutch cooperation with Nazi persecution of Jews in the Netherlands. The chair of judges, television presenter Sophie Raworth, said: 'We all thought it had huge resonance with today, the number of displaced people there are today and the number of stories that go untold... It very much felt like a hidden gem that we really wanted to put the spotlight on.'

Van Es and de Jong have become good friends as a result of the book, and were both present at the awards ceremony on Tuesday night. Van Es, speaking after his win, said that he planned to take 'a very nice family holiday' with his winnings.

On behalf of everyone at the Faculty, our heartfelt congratulations to Professor van Es and Lien de Jong.

The Cut Out Girl: new book depicts girl's struggle for survival during WW2

The Cut Out Girl: new book depicts girl's struggle for survival during WW2

Professor van Es, of St Catherine's College and Oxford's English Faculty, talks to Arts Blog about the journey that led to the publication of his new book, The Cut Out Girl: A Story of War and Family, Lost and Found.