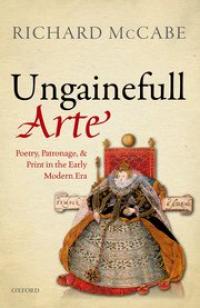 From antiquity to the Renaissance the pursuit of patronage was central to the literary career, yet relationships between poets and patrons were commonly conflicted, if not antagonistic, necessitating compromise even as they proffered stability and status. Was it just a matter of speaking lies to power? The present study looks beyond the rhetoric of dedication to examine how traditional modes of literary patronage responded to the challenge of print, as the economies of gift-exchange were forced to compete with those of the marketplace. It demonstrates how awareness of such divergent milieux prompted innovative modes of authorial self-representation, inspired or frustrated the desire for laureation, and promoted the remarkable self-reflexivity of Early Modern verse. By setting English Literature from Caxton to Jonson in the context of the most influential Classical and Italian exemplars it affords a wide comparative context for the reassessment of patronage both as a social practice and a literary theme.