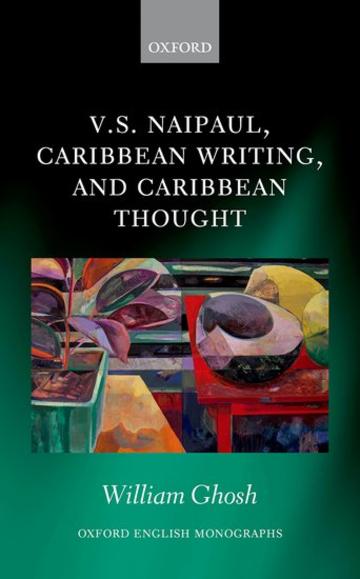 V.S. Naipaul was one of the most influential and controversial writers of the twentieth century. His writings on colonialism and its aftermath, on migration and landscape, and on cultural loss and creativity, were both admired and criticised by a wide global audience.

But what of his relationship to the region of his birth? Born in Trinidad, of Indian ancestry, and spending his professional life in England, Naipaul could be dismissive of his Caribbean background. He presented himself as a citizen of nowhere, or else, of the globalized, postcolonial world. However, this obscures his intense competition, fierce disagreements and close collaboration with other Caribbean intellectuals, both as a schoolchild in colonial Trinidad, and as an internationally celebrated author.

V.S. Naipaul, Caribbean Writing, and Caribbean Thought looks again at Naipaul's relationship with his birthplace. It shows that that the decolonising Caribbean was the crucible in which Naipaul's style and outlook were formed. Moreover, understanding Naipaul's place in the history of the region's politics and letters sheds new light on the work of celebrated contemporaries, Derek Walcott and Kamau Brathwaite, George Lamming and Maryse Condè, Elsa Goveia and Eric Williams, Sylvia Wynter and C.L.R. James.