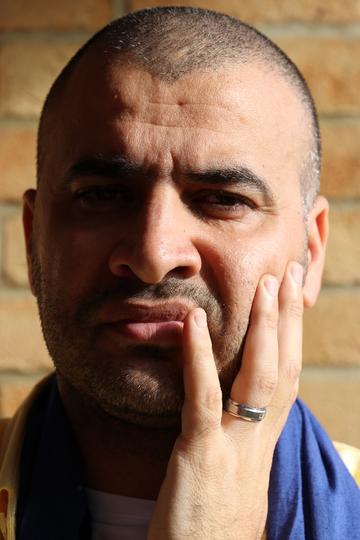 I am a third year DPhil candidate at the Faculty of English, where I am examining conceptualisations of time and containment in the burgeoning field of ‘Refugee Writing.’ Through my research, I engage with contemporary literary texts written in both English and Arabic, including novels which have been written both ‘about’ and ‘by’ refugees.

In many regards, arriving in Oxford, as a place, and later as a University, happened by coincidence rather than by design. I am a Palestinian refugee who was born in Baddawi refugee camp (in North Lebanon), where I was educated in the United Nations camp-based school system, eventually pursuing my undergraduate and postgraduate studies in English Language and Literature at the Lebanese University in Tripoli and then Beirut. While completing my Masters degree in Beirut, I started teaching full-time at secondary-level UNRWA schools in Sabra and Shatila refugee camps, before returning to Baddawi camp where I taught at the Jordan River School. During my studies and my work in these schools, as I moved between camps and cities, I wrote and translated poetry from English into Arabic for a number of newspapers and journals.

My work and writing were interrupted when I was forced to leave Lebanon to apply for asylum in the UK. For several years I lived without permission to work in the UK, and was originally sent by the Home Office to live in temporary accommodation centres in Manchester (including in a homeless shelter), later arriving in Oxford, where I endured a long period of limbo while I waited to secure international protection. During this period, I volunteered at a number of NGOs supporting asylum-seekers, stateless people and survivors of torture in Oxford, London and Manchester, and when I was granted permission to work, I eventually returned to teaching, this time at a secondary school in Oxford, where I supported migrant and refugee children at the school’s Department for English as an Additional Language. I then went on to complete a postgraduate diploma in teaching Arabic at the School of Oriental and African Studies (SOAS) and joined the Oxford University Language Centre as an Arabic lector. It was during my time at the Language Centre, and as an ad hoc tutor at the University of Oxford’s Oriental Institute that I applied for my DPhil.

Before applying for my DPhil, I was fortunate enough to have been invited to give a presentation on the Fragment in Translation as part of the seminar series convened by the Oxford Comparative Criticism and Translation research centre, of which Prof. Reynolds is the Director at St. Anne’s College. It was the fascinating and lively conversation which ensued during that seminar which prompted me to apply for the DPhil programme. Given the multilingual and comparative nature of my research, I am privileged to have two brilliant supervisors: Prof. Matthew Reynolds, at the English Faculty, and Prof. Mohamed-Salah Omri, at the Oriental Institute.

With my supervisors’ support, I have developed my research and teaching portfolios at Oxford. For instance, in my first and second year as a doctoral student, I was Arabic Language Consultant for the Prismatic Translation stream of the ‘Creative Multilingualism’ project funded by the AHRC and led by Prof. Reynolds. In addition to being Literary Enrichment Tutor for 1st and 2nd Year MPhil students at the Oriental Institute, in 2020-2021 I have taught an MSt option course on ‘Authoritarianism in Contemporary Arabic Literature’ with Prof. Omri, as part of the MSt in Comparative Literature and Critical Translation. Since starting my DPhil, I have also convened and co-convened a number of conferences and workshops at the University of Oxford, including co-convening the Oxford Comparative Criticism and Translation Discussion Group; a workshop on ‘Translating the Name’ at the 2019 Oxford Translation Day; and the Translational Spaces Conference.

As a self-funded DPhil student I have been able to support my studies through a range of on-going collaborations, including through my work as Writer in Residence for the AHRC-funded Refugee Hosts research project led by UCL, and as the Joint Lead of the Baddawi Camp Lab as part of the AHRC-funded Imagining Futures research project led by Exeter University. Throughout my work for these projects I have conducted field-visits and convened writing and translation workshops with Syrian, Palestinian, Iraqi and Kurdish refugees in cities and refugee camps across Lebanon and Jordan; I have also published a range of scholarly articles, poetry and translations from and into English and Arabic, including in Poetry London, Stand, Modern Poetry in Translation, Humanities, Current History, PN Review and Cambridge Literary Review.

Since starting my doctoral research at Oxford I have also been the Creative Encounters Editor of the Migration and Society journal, and my recent poetry collection, Writing the Camp (Broken Sleep Books, 2021) was selected as The Poetry Book Society’s Spring 2021 Recommendation. I am very lucky that my work has caught the attention of major artists, with Jenny Holzer projecting my poem, ‘If This Is My Face, So Be it,’ as part of the Aarhus 2017 Capital of Culture celebrations, and as part of her major installation at the Massachusetts Museum of Contemporary Art. My poetry has also featured in the Venice Biennale, and in 2020 I was honoured to be invited to contribute to the Seamus Heaney Annual Lecture, ‘Human Chain: Poets on the Poetry of Seamus Heaney,’ alongside leading poets including Bernard O’Donoghue, Brid Brennan, Gail McConnell, Seán Hewitt and Tara Bergin.

As I write this short contribution from the position of a student at Oxford, and as someone who engages critically with the notion of ‘refugee writing’, I continue to think of the millions of people around the world who strive, every day, to build meaningful lives in the aftermath of displacement, conflict and persecution.