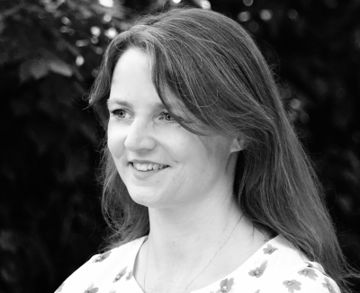 Chaucer’s life was, by any standards, extraordinary: born the son of a vintner in London a few years before the plague hit, he was taken prisoner in France and ransomed by the king, was living over Aldgate when rebels invaded London in 1381, travelled frequently to France, Italy, and Spain, was an MP in a chaotic parliament, and weathered some of the most dramatic political turbulence in English history. He was also the first English writer to read widely in fourteenth-century Italian literature, and his encounters with Dante, Petrarch, and Boccaccio changed what English poetry could do. Chaucer invented the pentameter, for instance, and wrote in almost every genre you could imagine – including romance, tragedy, lyric, philosophy, scientific treatise, fabliau, tale-collection, dream-vision, beast-fable, saint’s life, penitential tract, and translation.

We have a great deal of information about Chaucer’s life – a thick volume of life-records to start with – largely because he was a civil servant. The bureaucratic machinery of government kept meticulous records in the middle ages. What we don’t have is personal diaries, letters, or memoirs – so there are particular challenges when writing his life. After some experimentation, I decided to approach his life not through strict chronology, but through places and spaces. Each chapter focuses on a place – some of these are ‘real’ places (such as Florence, or Hainault, or the Tower of London), some are conceptual spaces (such as the Inn, or the Garden, or the Great Household), and some are more imaginative spaces (such as Troy, or Thresholds, or Peripheries). The art and objects that Chaucer saw, the buildings in which he worked, the books he read, the structures in which he lived his life, are all part of his story. The book does remain loosely chronological: the first section, ‘Becoming,’ takes us through his early years, his travels, his marriage, and his starting to write poetry; the second part, ‘Being,’ focuses on his London years at the Custom House as he entered into a period of intense creative development; and the final section, ‘Approaching Canterbury,’ focuses on the last decade of so of Chaucer’s life, years dominated by the construction of the Canterbury Tales.

The European and global aspects of Chaucer’s life are fundamental parts of his identity. Chaucer’s intellectual life was profoundly multilingual. His influences ranged from late-antique philosophy to Arabic science (in Latin translation) to French love poetry to Tuscan sonnets and story collections. London itself was a global city, connected to the spice islands of Indonesia through extensive trade routes. Every week, many ships came in and out of the Thames, heavily laden with all kinds of produce. As a child, Chaucer lived in the London ward most densely populated by immigrants; his own wife was from a Hainault family. Chaucer himself travelled to places including Navarre, now in northern Spain, a country where Jews, Muslims, and Christians co-existed. And he saw the darkest side of the global system in Genoa, where slaves were for sale in the market place.

There are many stories to tell about Chaucer’s life. I’ve found out new information – for instance about his daughter, Elizabeth, about the early circulation of his texts, and about his travels – but Chaucer comes to life more through a detailed exploration of how he lived than through isolated life-records.

Thinking about spaces helps us to think about selfhood: Chaucer lived at a time when the idea of the private was increasingly important – but also caused great anxiety. In London, Chaucer had private rooms of his own – but his avatar (in the House of Fame) complains about writer’s block and is urged to move to the doorway and talk to his neighbours in order to gain inspiration. He needs to read books and listen to everyday conversation in order to develop his extraordinary poetry. Trade, negotiations, treaties, and the circulation of objects, texts, and ideas underpinned Chaucer’s working and his intellectual life. Rather than thinking of him in the traditional way as the ‘father of English literature,’ I consider him to be a great European thinker and poet, a writer embedded in political, social and literary networks that stretched through Europe and beyond.

Chaucer: A European Life will be published by Princeton University Press in April 2019.