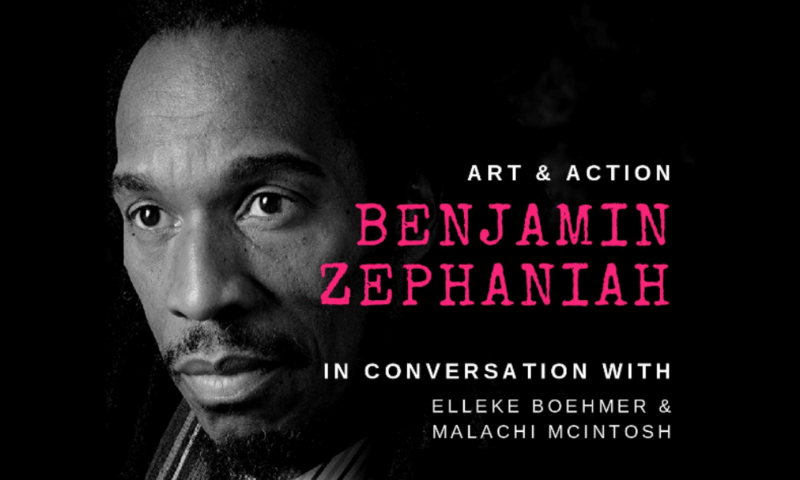 Part of the Humanities Cultural Programme, one of the founding stones for the future Stephen A. Schwarzman Centre for the Humanities.

In his autobiography, The Life and Rhymes of Benjamin Zephaniah (2018), award-winning poet, lyricist, musician, and activist Benjamin Zephaniah speaks out candidly about the writer’s responsibility to step outside the medium of literature and engage in political activism: “You can’t just be a poet or writer and say your activism is simply writing about these things; you have to do something as well, especially if your public profile can be put to good use.” In conversation with Elleke Boehmer and Malachi McIntosh, he will address the complex relationship of authorship and activism in a celebrity-driven media culture and the ways in which his celebrity persona relates to his activist agenda. The conversation will tie in with contemporary debates about the role of literature and the celebrity author as a social commentator.

Benjamin Zephaniah is one of Britain’s most eminent contemporary poets, best known for his compelling spoken-word and recorded performances. An award-winning playwright, novelist, children’s author, and musician, he is also a committed political activist and outspoken campaigner for human and animal rights. He appears regularly on radio and TV, literary festivals, and has also taken part in plays and films. He continues to record and perform with his reggae band, recently releasing the album Revolutionary Minds. His autobiography, The Life and Rhymes of Benjamin Zephaniah (2018), was shortlisted for the Costa Biography Award.

Elleke Boehmer is Professor of World Literature in English at the University of Oxford and a Fellow of the Royal Society of Literature. She is the author and editor of over twenty books, including Colonial and Postcolonial Literature (1995, 2005), Empire, the National and the Postcolonial: Resistance in Interaction (2002), Stories of Women (2005), Indian Arrivals 1870-1915: Networks of British Empire (2015), Postcolonial Poetics: 21st-century critical readings (2018), and a widely translated biography of Nelson Mandela (2008). She is the award-winning author of five novels, including Bloodlines (2000), Nile Baby (2008), and The Shouting in the Dark (2015), and two collections of short stories, most recently To the Volcano, and other stories (2019). Boehmer is the Director of the Oxford Centre for Life Writing and principal investigator of Postcolonial Writers Make Worlds.

Malachi McIntosh is editor and publishing director of Wasafiri. He previously co-led the Runnymede Trust’s award-winning Our Migration Story project and spent four years as a lecturer in postcolonial literature at the University of Cambridge. He is the author of Emigration and Caribbean Literature (2015) and the editor of Beyond Calypso: Re-Reading Samuel Selvon (2016). His fiction and non-fiction have been published widely, including in the Caribbean Review of Books, Flash: The International Short-Short Story Magazine, The Guardian, The Journal of Romance Studies, Research in African Literatures, and The Cambridge Companion to British Black and Asian Literature.

The event is organised in association with the Postcolonial Writers Make Worlds project and The Oxford Centre for Life-Writing (OCLW) and forms part of the webinar series Art & Action: Literary Authorship, Politics, and Celebrity Culture, organised by Sandra Mayer and Ruth Scobie.