Book at Lunchtime: Charles Dickens and the Properties of Fiction

TORCH's Book at Lunchtime is a series of bite-sized book discussions held fortnightly during term-time, with commentators from a range of disciplines. The events are free to attend and open to all.

When Dickens was nineteen years old, he wrote a poem for Maria Beadnell, the young woman he wished to marry. The poem imagined Maria as a welcoming landlady offering lodgings to let. Almost forty years later, Dickens died, leaving his final novel unfinished - in its last scene, another landlady sets breakfast down for her enigmatic lodger. These kinds of characters are everywhere in Dickens's writing. Charles Dickens and the Properties of Fiction: The Lodger World explores the significance of tenancy in his fiction.

In nineteenth century Britain the vast majority of people rented, rather than owned, their homes. Instead of keeping to themselves, they shared space - renting, lodging, taking lodgers in, or simply living side-by-side in a crowded modern city. Charles Dickens explored both the chaos and the unexpected harmony to be found in rented spaces, the loneliness and sociability, the interactions between cohabitants, the complex gender dynamics at play, and the relationship between space and money. In Charles Dickens and the Properties of Fiction, Dr Ushashi Dasgupta demonstrates that a cosy, secluded home life was beyond the reach of most Victorian Londoners, and considers Dickens's nuanced conception of domesticity.

Expert panellists to be confirmed. 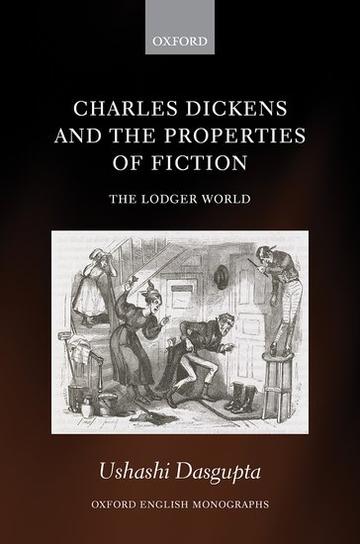