DECODING SHAKESPEARE: Renaissance Ciphers and the Modern Search for Meaning

This series of talks will be given by Professor Bill Sherman, Director of the Warburg Institute. Cryptography, the art and science of secret communication, is part of what made the Renaissance the Renaissance. More surprisingly, early modern ciphers have shaped what modern readers have made of Shakespeare—and even shaped modernity itself. These lectures will provide an introduction to the new technologies of secrecy that left their mark on many aspects of Renaissance culture, including the development of diplomacy and the waging of war, the creation of a postal system, the invention of short-hand and sign language, and the search for hidden meanings in art and literature. And they will trace the rebirth of those technologies, and the questions they raise, in the twentieth century. It will be a tale of two Williams, William Shakespeare and William Friedman—whose search for ciphers in Renaissance texts helped the Allies to win World War II.

Register for tickets to attend the in-person event on 16 November.

Watch the live-stream of the event (slides and audio) available on 16 November at 5pm.

To register for the other events in the series, please click on the links below:

9 November: How to Make Anything Signify Anything

These events are part of the Oxford Wells Lecture Series, which was established jointly by Oxford University Press and the Oxford English Faculty, in recognition of Professor Wells’ contribution to Shakespeare scholarship, both as general editor of the Oxford Shakespeare Series, and, with Gary Taylor, John Jowett and William Montgomery, as co-editor of The Complete Works of Shakespeare and its accompanying volume of commentary, a major landmark in Shakespeare scholarship. In addition Professor Wells has written a wide range of books and studies devoted to Shakespeare and the drama and theatre in the early modern period. 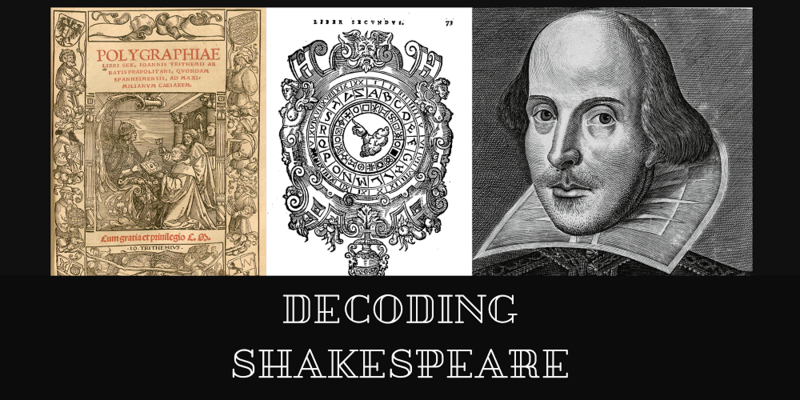