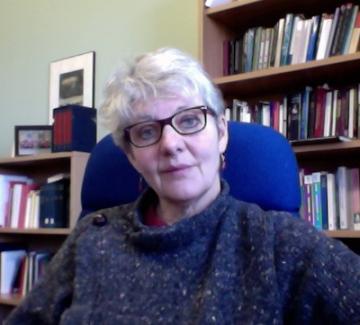 In the reign of Elizabeth I, the contested claims of English sovereignty over Scotland, based in the mythic “British” history of Brutus and King Arthur, were replaced by a poetic and chorographic image of England itself as an island with no land border. How did this happen and what did it mean for relations between England and Scotland? This lecture will explore those questions, tracing changes and transformations through war propaganda, river poetry, choreography, antiquarianism and cartography. It will conclude with some discussion of Spenser’s Faerie Queene (1596). The lecture aims at revising assumptions about the inclusivity of “British history” in English poetry.

Admission is free and all are welcome.

Lorna Hutson (MA Hons, DPhil Oxon, FBA) is the Merton Professor of English Literature at the University of Oxford. As well as posts at QMUL, St Andrews and UC Berkeley, she has held Guggenheim, Folger and Huntingdon fellowships and has lectured in many countries across the world. Her publications include a foundational study of Thomas Nashe (1989), a study of friendship, economics and gender in early modern literature entitled The Usurer’s Daughter (1994), and a series of legal-literary explorations: The Invention of Suspicion: Law and Mimesis in Shakespeare and Renaissance Drama (2007, winner of the 2008 Roland Bainton prize), Circumstantial Shakespeare (2015) and the Oxford Handbook of English Law and Literature 1500-1700 (2017). Her current work-in-progress, Shakespeare’s Scotland, has been funded by the Leverhulme Trust.