For almost two centuries, Shakespeare had no biography. Neither did he have the structure of a biography (a chronology), nor the materials for one (an archive). And his canon did not include the Sonnets (his only work written in the first person). In sum, the mainstays of modern Shakespeare criticism were simply not there. Does this mean that Shakespeare was not valued or understood until after 1800? Each of these four lectures will focus on one of those critical absences, not as an empty place holder for what eventually is to come, but as evidence that other viable priorities were once at work.

Lecture 1: Shakespeare without a Life

The 1623 Folio, the first major gathering of Shakespeare’s plays, was prefaced not with an account of his life but with elegies on his death. When in 1709 a Life was first printed at the threshold of his plays, it consisted of discrete anecdotes or ‘traditionary tales’ which would be largely invalidated by later scholars. Yet these anecdotes, singly or in numbers, give a strong impression of Shakespeare’s character. Repeatedly they catch Shakespeare in an act of transgression, breaking the laws of the land or overstepping the bounds of civility. While no support for such offensive behavior emerges from the historical record, there is copious confirmation elsewhere: in early criticism of Shakespeare’s “extravagant” and “unruly” writing. Are the anecdotes, then, a form of literary biography?

7 November Lecture 3: The Archive and its Discontents 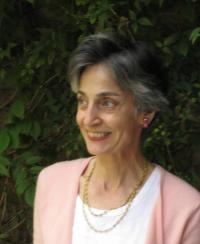 Margreta de Grazia is the author of Shakespeare Verbatim (Oxford, 1991), on the emergence of the modern editorial tradition, and “Hamlet” without Hamlet (Cambridge, 2007), on how the modern psychologizing of Hamlet has effaced the play’s preoccupation with land and entitlement. She has also co-edited Subject and Object in Renaissance Culture (Cambridge, 1996) with Maureen Quilligan and Peter Stallybrass as well as the Cambridge Companion to Shakespeare (2001) and the New Cambridge Companion to Shakespeare (2010), both with Stanley Wells. She has received fellowship awards from the Folger Library, the American Council of Learned Societies, the National Humanities Center and the Guggenheim Foundation. She is the Sheli Z. and Burt X. Rosenberg Emerita Professor of the Humanities at the University of Pennsylvania.