Who's the Dupe? (Script-in-hand performance)

This script-in-hand performance is organized in partnership with The R/18 Collective, a group of scholars (including Dr David F. Taylor) who are committed to working with theatre makers to explore how the forgotten plays of the eighteenth century can be reactivated for today’s audiences.

The theatrical repertoire from the 1660s to the 1830s provides insights into the histories of race, gender, sexuality, ability, nation, and capital that continue to shape culture today. Performing plays such as Who’s the Dupe? is the best way to think more deeply not only about their stagecraft but also about the relationship between their world – of language, bodies, and identities – and our own.

Elizabeth’s father – a rich, Cockney merchant – is determined to marry her to a man of learning. The man in question is Gradus, a stuffy Oxford academic who knows a lot about obscure Greek and Latin texts and nothing at all about how to woo a woman. But Elizabeth has other ideas. Her preference is for Granger, a poor but dashing captain in the army (who loves Elizabeth… and her fortune). With the aid of her cousin and Granger’s friend, can Elizabeth see to it that Granger not Gradus wins her hand? In this riotous farce, the scholar must pass as a man of fashion, and the man of fashion as a scholar.

The performance is made possible by funding from the Arts and Humanities Research Council.

The script in hand performance will take place in St Hugh’s Mordan Hall on 3rd May at 5:30pm. Book your free ticket on the Creation Theatre website: 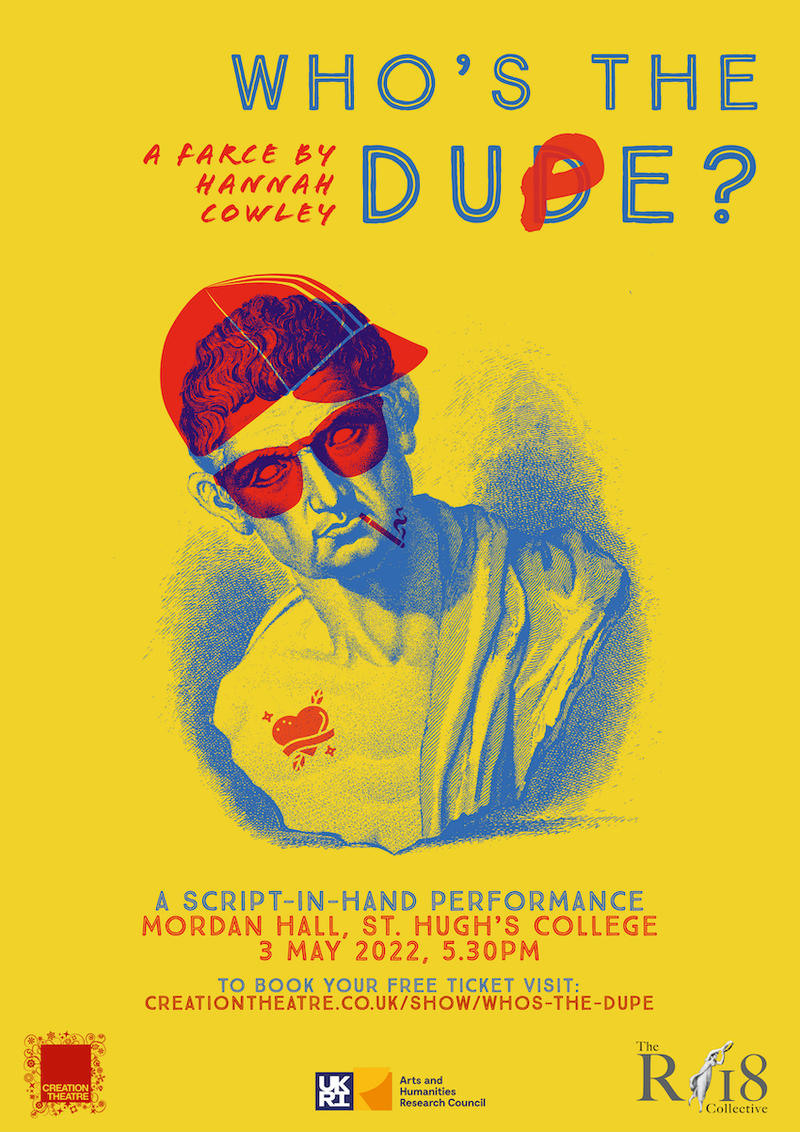