The actual world of 2017 has seemed strange and difficult for many people all across the planet. And, perhaps consequently, the fantasy genre – medieval fantasy in particular – has become an increasingly popular means of escape from the quotidian across many different media. The world’s biggest TV show, Game of Thrones, is set in a medievalised universe, its different cultures drawing on real-world societies of the Middle Ages; the show’s depictions of power-politics, violence, religion, and economics are all profoundly shaped by the medieval past. The History Channel’s Vikings TV show continues apace, now having reached the discovery and settlement of Iceland. Some of 2017’s biggest movie box-office blockbusters were in the fantasy genre: Thor: Ragnarok, a tale of the Old Norse gods, among them. Philip Pullman’s much-anticipated new novel, La Belle Sauvage, heralded the start of a new trilogy, set, like His Dark Materials, in an alternative, if not exactly medieval, Oxford. Is fantasy, including medieval fantasy, mere escapism, or does it offer a new, if strangely defamiliarised, perspective on our own times? 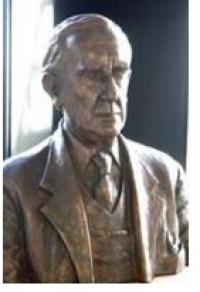 Oxford – and the English Faculty in particular – has a strong historical relationship with medievalist fantasy. J. R. R. Tolkien, subject of a huge new exhibition at the Bodleian this coming summer, did not invent medieval fantasy in The Hobbit and The Lord of the Rings, for nineteenth-century writers such as William Morris had already dreamed up fantasy medieval worlds in order to explore the implications of industrialisation and urbanisation. In his academic role, Tolkien, along with his friend C. S. Lewis, advocated an English Faculty syllabus that foregrounded medieval literature. This emphasis would have a powerful shaping effect on generations of writers who read English at Oxford, their imaginations fired by the texts they studied in depth, as well as the medieval architecture, the honey-coloured stone and soaring spires amidst which they worked.

Alan Garner, Susan Cooper, and Diana Wynne Jones were among those English students of the 50s and 60s. Garner’s Alderley Edge in Cheshire is the setting for a titanic struggle between Celtic, Norse and English mythic figures in The Weirdstone of Brisingamen and The Moon of Gomrath. Susan Cooper’s The Dark is Rising sequence is set in Buckinghamshire, Cornwall and Wales, calling on Arthurian, Anglo-Saxon and Welsh tradition. Diana Wynne Jones’ stories, such as Fire and Hemlock, or Eight Days of Luke, are set in familiar towns and villages where the supernatural – the fairy world, the Norse gods – makes itself known as an – at first rather low-key – but ultimately terrifying, intrusion into normality. Wynne Jones’ best-known story, thanks to the much-loved Studio Ghibli film, is Howl’s Moving Castle, which is set in a lightly medievalised Europe and calls upon fairy- and folk-tale tropes.

Later fantasy writers find that they must always take Tolkien into account. Authors borrow his characters and create new ones from them. So, Smaug from The Hobbit has hatched a myriad of dragon-successors, ranging from Ursula Le Guin’s majestic creatures in the Earthsea trilogy to the altogether more tractable beasts in Cressida Cowell’s How to Tame Your Dragon. Other authors choose to write against Tolkien: the American Hugo award winner, N. K. Jemisin, who riffs on mythology and geology in her remarkable trilogies, The Inheritance Trilogy and The Broken Earth, features women of colour as her complex and courageous heroes. George R. R. Martin, author of A Song of Ice and Fire, the unfinished book series on which Game of Thrones is based, raises the intriguing question: ‘What was Aragorn’s tax policy?’, pointedly moving away from Tolkien’s vagueness about the pragmatic details of world-building to investigate the effects of international credit squeezes, global cooling and disruption of continent-wide trading practices in his medievalised universe. In his New Crobruzon trilogy of the early 2000s, China Miéville abandons the preindustrial cultures of Middle Earth for the construction of a teeming, politically sophisticated city. New Crobruzon is anchored in a world populated with creatures from global myth and folklore, from the Indonesia garuda-bird to the Northern English grindylow; within it Miéville explores themes as various as revolutionary politics, gangsterism, techniques of social control and substance addiction.

Those who followed Tolkien showed how the building of fantasy worlds – often reaching back into the medieval past – unleashed authorial imaginations to tackle the largest and most pressing questions of contemporary human existence. For, like other kinds of fantasy, medievalist fantasy has always been about what is happening now in the world. To take one example: when Martin began to write A Song of Ice and Fire he imagined a huge wall across the north of the continent of Westeros, seven hundred miles long, three hundred feet high, made of ice – and of magical spells. When asked, Martin claimed he was inspired by Hadrian’s Wall, but when he began to write his novel sequence, that most definitive of twentieth-century walls, the Berlin Wall, had only just been dismantled. The walls between Israel and Palestine, and the partial wall along the US-Mexican frontier had barely been mooted. The Wall has taken on an imaginative life of its own in contemporary politics, in Donald Trump’s election campaigning, or as the invisible wall surrounding fortress Europe, telling desperate refugees in flight from unimaginable horrors that they may not pass through to the safety beyond. Far from whisking us away in retreat from the pressures of contemporary life, fantasy, particular of the medievalist variety, speaks urgently of the world in which we actually live now.