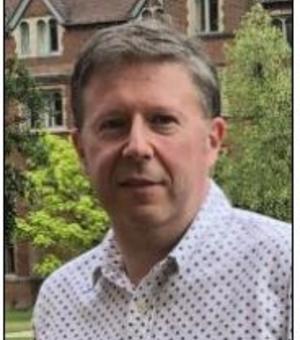 I specialise in historical linguistics and in theoretical and dialect syntax, working primarily on material from Celtic languages. I am interested in the mechanisms of syntactic variation and change, in syntactic reconstruction, and in the use of electronic corpora in historical linguistics. My previous research projects include the Historical Corpus of the Welsh Language, celticstudies.net the Syntactic Atlas of Welsh Dialects, the History of Negation in the Languages of European and the Mediterranean, and I am currently working on projects to map dialect variation using social-media data tweetolectology.com and to examine the history of pronominal subjects in the Celtic, Germanic and Slavonic languages of northern Europe.

Faculty of Linguistics, Philology and Phonetics

Celtic languages and linguistics, History of the English language, syntax

DPhil. Oxford on word order in the history of Welsh (1996)

Lecturer, senior lecturer and reader at the University of Cambridge and fellow of Selwyn College (2000–2020)