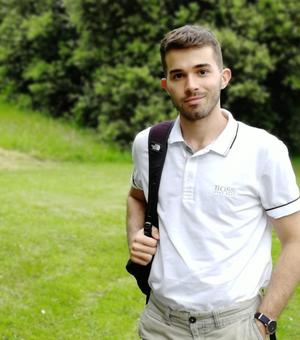 Doctoral Research: My research, which is co-funded by AHRC Open-Oxford-Cambridge and Clarendon Fund, investigates twentieth-century forms of the long, fictional essay in relation to the violence (and memory) of World War II. Some of the generic experiments of rambling essayism that I consider include, for instance, the essayistic novel (sometimes referred to, rather equivocally, as the novel of ideas), the walking essay, and the essay film. Why did so many travelling authors turn to the essay form in their attempts to record, and understand, the horrors of war? What is the relationship between mobility and essayism? And how have experiments with this literary form changed our conception of what an essay does or should do? In answering this set of questions, my thesis turns to a quartet of travelling essayists—Rebecca West, Cyril Connolly, Claudio Magris, W. G. Sebald—with occasional forays into the works of Hermann Broch, Virginia Woolf, Aldous Huxley, Alberto Savinio, and Predrag Matvejević.