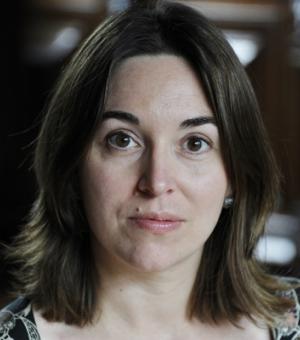 Kate Kennedy has held a Research Fellowship at Girton College, Cambridge, a Leverhulme Early Career Fellowship at the English Faculty, Cambridge, and is the Weinrebe Research Fellow in Life-writing at Wolfson College, Oxford, where she administers the Oxford Centre for Life-writing. She lectured in both Music and English at Cambridge University until 2016, and specialises in interdisciplinary biography. Her biography Dweller in Shadows: Ivor Gurney, poet, composer will be published by Princeton University Press in 2017, and she is currently working on a triple biography of Rupert Brooke and composers FS Kelly and William Denis Browne, entitled The Fateful Voyage. She has published widely on British composers and writers in the early twentieth century, co-editing The Silent Morning: Culture and Memory after the Armistice (Manchester University Press, 2013), The First World War: Literature, Music, Memory (Routledge, 2011) and contributing numerous chapters for books and journal articles.  She is the editor of Literary Britten, a compendium of scholarship on Benjamin Britten’s use of text, to be published by Boydell and Brewer in 2017.

Both her biographies have been featured on BBC Radio 3, and she is a regular broadcaster and academic consultant to the BBC, directing the commemorations for the First World War and for International Women’s Day for Radio 3, among other projects. She is particularly interested in developing biographical research as performance, her opera libretto Out of the Ruins was a Royal Opera House commission in 2014, and her dramatized recitals for singer, pianist and actor have been performed in Literary and Music Festivals across the UK, and commissioned by the Wigmore Hall and Southbank Centre.

No publications have been listed.