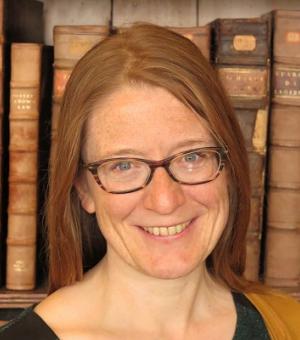 I am a literary critic and scholar with interests in several areas: literature and philosophy in the seventeenth century; the genre of the essay, from Montaigne to the present; letters and alphabets, written, printed, engraved, baked, stitched, heard, and imagined; the production of images as ways of thinking or representing knowledge, especially in the early modern period, and even more especially in still life; and the relationship between poetic form, rhetorical figure, and theological and philosophical ideas.

I am currently writing a book, entitled The Tottering Universal: Metaphysical Prose in the Seventeenth Century, which addresses the first of these areas. It examines the ways in which seventeenth-century writers responded to what I call 'the anxiety of variety' – the concern that the human intellect can never be adequate to the teeming, various, incorrigibly plural world – and how they developed a vernacular philosophical style from the generative tension between traditional Aristotelian styles of thinking, and new discourses of experience and experiment. There are chapters on John Florio and Michel de Montaigne, Lancelot Andrewes, Francis Bacon, Robert Burton, Thomas Browne, and John Milton.

I am currently also involved in three editorial projects. In The Penguin Book of Early Modern Prose, I am hoping to bring to a wider audience the richness, complexity, and literary qualities of the non-fiction writing of the period 1509-1660. With Claire Preston of Queen Mary, University of London, I am editing Thomas Browne's Urne-Buriall, Garden of Cyrus, Letter to a Friend, and Christian Morals, for the Oxford Thomas Browne. A volume of essays on the literary essay from Montaigne to the present, entitled On the Essay, which I am editing with Thomas Karshan of the University of East Anglia, should be published in 2018.

I also like to write essays and reviews. I regularly review Czech literature for the TLS, and am a regular contributor, both as a reviewer and essayist, to Apollo: The International Art Magazine. My most recent essays, on curtains and trompe-l'oeil, and on Dutch meal still lifes, can be read here: https://www.apollo-magazine.com/drawing-the-curtain/ and here: https://www.apollo-magazine.com/cheese-meets-eye-dutch-still-life/

My new project, which is in its very early stages, is a study of the aesthetic, visual, mystical, and metaphorical significance of alphabets in the period 1550-1780, provisionally entitled The Lettered World.

For my publications, in print and forthcoming, please see the 'Other Information' page.

English Papers 1 (Shakespeare); 3 (1550-1660); 4 (1660-1760); 5 (1760-1830); 6 (The Literary Essay); and Classics and English Bridge Papers in Epic, Comedy, and Tragedy. I also lecture and teach occasional classes on poetry of more recent periods. In recent years I have lectured for the faculty on science, nature, and genre in the seventeenth century, metaphysical poetry, the literary essay, early modern prose, and the poetry of Geoffrey Hill.

I have supervised graduate students on a wide range of topics: e.g. Geoffrey Hill; early modern science and fiction; Robert Burton and boredom; error in seventeenth-century prose and drama; polemical pamphlet literature of the 1590s; naming and categorization in Thomas Browne; Abraham Cowley; and Renaissance dust. I would be very happy to hear from any potential graduate students interested in pursuing research in any of my areas of specialism.

The Tottering Universal: Metaphysical Prose in the Seventeenth Century (forthcoming)

The Emergence of Impartiality, ed. with Anita Traninger (Leiden: Brill, 2013)

‘The Physician’s Religion and salus populi: The Manuscript Circulation and Print Publication of Thomas Browne’s Religio Medici’, Studies in Philology 111/4 (2014), 845-75

‘Jesuits and Philosophasters: Robert Burton’s Response to the Gunpowder Plot’, Journal of the Northern Renaissance 1 (2009)

‘Of Sticks and Stones: The Essay, Experience, and Experiment’, in Thomas Karshan and Kathryn Murphy, ﻿The Literary Essay ﻿(Oxford: OUP). Forthcoming 2018. (8,500 words)